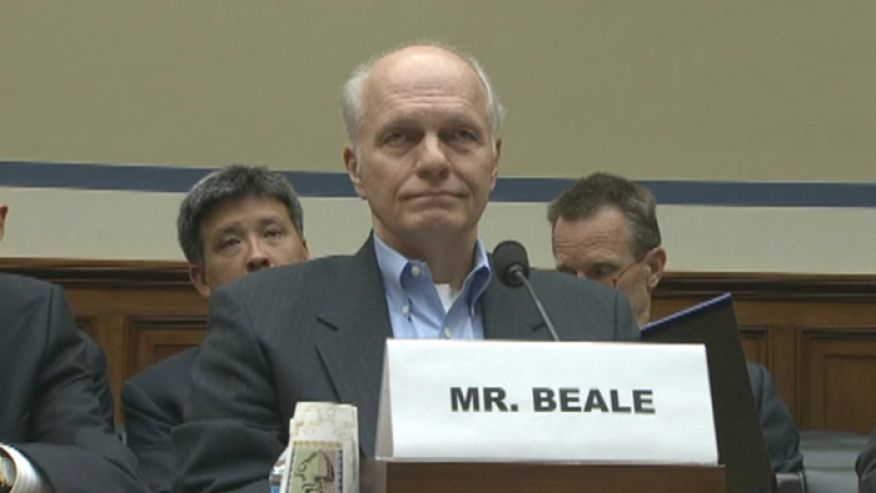 Former high-ranking EPA official John Beale, who recently was sentenced to prison for fraud, told Congress last month that he was working on a “project” that aims to “modify the DNA of the capitalist system.”

The comment appears in recently released transcripts of the John Beale deposition before the House Oversight and Government Reform Committee, which can be viewed below the article. The Institute for Energy Research, who is a frequent critic of the Obama energy policy, said the claim is a “smoking gun” that reveals the administration’s true intentions.

PeoplesPunditDaily.com reported in October that an EPA power grab will grant “unprecedented power over private property across the nation,” which comports with the picture painted in the Beale deposition.

Beale was sentenced last month to 32 months in prison for bilking taxpayers out of nearly $1 million by pretending to be a CIA agent. However, in the transcripts, he offered detailed testimony about meetings he allegedly participated in with EPA Administrator Gina McCarthy, when she was the head of the Office of Air and Radiation.

Beale claimed the two officials started meeting in mid-2009, and at one such meeting his “fabricated story about working at CIA came up.” Beale recollected a conversation in which he began telling her about a “project” he wanted to work on, which he characterized as “green economics.”

Perhaps most concerning, Beale found the most successful economic system, one that boasts the most people being raised out of poverty in the history of economics, to be an obstruction to EPA mission creep. He revealed that he believed environmental regulations were reaching their “limits,” because “the fundamental dynamic of the capitalistic system is for businesses and individuals to try to externalize all costs.”

Thus, he was compelled to complete the EPA mission creep project, he said he began working on his plan, a plan that involved “coming up with specific proposals that could be — could have been proposed either legislatively or things which could have been done administratively to kind of modify the DNA of the capitalist system.”

Beale, in his infinite arrogance and boldness, said this “is not new” and has occurred “tens of times” in the history of capitalism.

“It’s not a God-given system that was created once and never changes. It changes all the time,” he said. In a bombshell revelation, he testified that EPA administrator Gina McCarthy was aware of the project and “we met frequently to talk about it and had actually quite deep discussions.” He said, though, that the project was eventually “scrapped.”

In a revelation that may not be at all surprising to conservatives, Beale also claimed the so-called “project” actually commenced under the George W. Bush administration.

The Institute for Energy Research pounced on the comments in the Beale deposition, citing these and other statements as proof that the administration is, in fact, pursuing a power grab.

“This is the smoking gun. For years, we have been saying the real agenda behind this administration’s energy and environmental policies is the just what President Obama has said it is: to fundamentally transform America,” Senior Vice President Dan Kish said in a statement.

Rep. Elijah Cummings (D-MD), top Democrat on the committee, said Beale “spun an elaborate web of lies” to fool his EPA supervisors, but ignored the EPA mission creep to change the structure of the American economy into what the UN chief called the most conducive economic system to green policy implementation — socialism — or, more particularly, China.

But then again, while releasing the 263 pages of documents (below), neither did the leaders of the House Oversight and Government Reform Committee, who would not comment on that section of the transcript. They, too, pretended the real story was the instance of fraud committed by Beale, by lying about working for the CIA.

“This is an egregious example of fraud on the highest levels of management at the EPA,” Rep. Darrell Issa (R-CA), chairman of the committee, said.

The EPA has not responded to a request for comment.