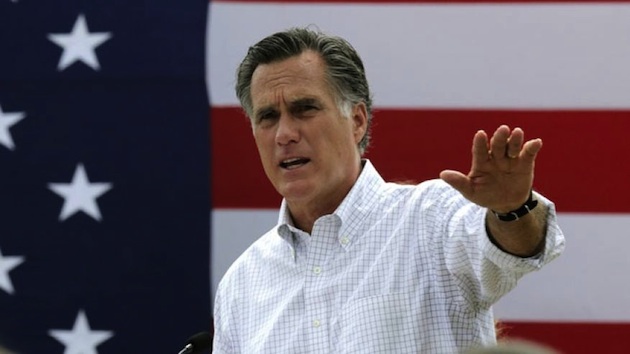 Maybe he believes the third time is a charm, but Mitt Romney said Friday that he is considering a run for the White House in 2016. Romney ran against President Obama in 2012 and lost, but also ought the nomination in 2008, which ultimately went to Arizona Sen. John McCain.

The former Massachusetts Republican governor dropped the bomb during a meeting with 30 former large donors in Manhattan, New York, after months of denying interest in a 2016 bid

Fox News reported that a Romney senior adviser who was in the meeting said, “Everybody in here can go tell your friends that I’m considering a run.”

Romney told Chris Wallace on a recent appearance “Fox News Sunday” in September, “I’m not running, and I’m not planning on running.”

A number of polls show if a rematch of the 2012 presidential election were held today, Romney would defeat President Obama, handily. PPD compiled the data and found the victory would be an electoral vote landslide. Now, with big-name potential candidates moving closer to a Republican presidential bid, including former Florida Gov. Jeb Bush, Romney is having second thoughts.

Bush quit all his major corporate and nonprofit board memberships, including one that profited off of ObamaCare, and launched a new leadership political action committee (PAC). He announced he was exploring a run last month, though a recent PPD Poll found that a Bush candidacy would depress Republican voter turnout. Bush was even in Romney territory on Friday for a fundraising luncheon in Boston.

Former Arkansas Gov. Mike Huckabee also announced last weekend he was leaving “The Huckabee Show” on Fox News to determine whether he would make a presidential run. He, too, ran and lost in the 2008 Republican primary.

While Romney still polls atop other potential 2016 hopefuls, likely due to name recognition, a recent survey from Rasmussen Reports found that Republican voters overwhelmingly want to see a fresh face run for the White House. Nevertheless, Romney easily beat out the field in an early Iowa caucus poll back in October , while a December Fox News poll showed him ahead with 19 percent among self-identified Republicans. Bush was a distant second with 10 percent, leading many to criticize a CNN/Opinion Research Poll for omitting the former nominee.

He raised over $446 million for the 2012 race, with his top five contributors hailing from Wall Street – close to his donor meeting on Friday.