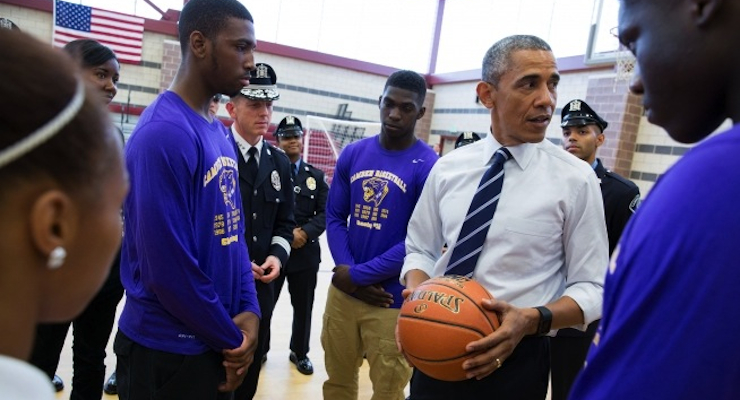 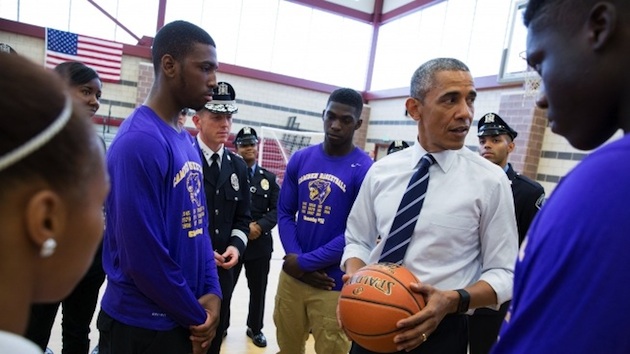 President Obama just moved to limit the ability of the nation’s police from obtaining and using gear from military – and a surface glance would seem to render high marks from the civil rights sector.

But not so fast. The fact that Obama’s moving monarch-like to rein in police this way is by itself a big red flag, waving once again in Congress’ face. But another, even larger problem is the lie that’s brought about this executive action: Obama’s using the power of his pen and podium to advance a “hands up, don’t shoot” cause that’s already been outed as unfounded and false.

Tread carefully; this demilitarized police measure has all the makings of a disaster that leaves law enforcement without the authority they need to properly perform their jobs.

Internal and external investigations, including one from Eric Holder’s Department of Justice, as well as one from a grand jury, found Wilson did nothing untoward when he shot Brown. But protesters took to the streets just the same, decrying what they viewed as a racist police agency bent on taking out minorities or, at least, jailing them without cause. “Hands up, don’t shoot” became the rallying cry across the nation for anyone who wanted to show solidarity with Brown and with the civil rights call for crackdowns on police powers.

Officers responded to the protests with a massive street presence that included MRAPs and other militarized gear. The video images of the police-protest standoffs shocked many in the nation, and Obama, in August, pointed to the difference between “our military and our local law enforcement and we don’t want those lines blurred.”

Agreed. Obama’s right on that principle — that police and military serve different functions and uniformed peace officers should not adopt a militarized demeanor, backed by military firepower and defensive gear, when dealing with members of the civilian public.

So then the White House announced it was going to kick off a study of all the gear that police around the nation have that’s from the military – most of it, from the Pentagon’s 1033 transfer program – while Obama signed an executive order for federal agencies to consult with civilian police, civil rights officials and civil liberties individuals and recommend changes to make the militarized police matter more transparent.

And those recommended changes?

Well, that’s the report that just came out, suggesting law enforcement agencies around the nation cease and desist from using certain types of military equipment, like tanks, MRAPs and grenade launchers. A separate report from the 21st Century Policing task force also suggests states and localities start collecting police-related data that’s not currently reported, and turn it over to the Department of Justice for processing and analysis. Further, it also recommended police actually turn in some pieces of equipment that have just been placed on the hot list, like tracked-vehicles and certain caliber weapons. The Department of Justice, meanwhile, is offering $163 million in grants for police agencies to hire personnel to help with the adoption and enactment of the federal task force’s recommendations.

And here’s where things go awry.

Obama has no constitutional business ordering local police agencies around, or making and shaping them into his vision of community patrollers. Civilian police agencies are local government bodies, funded primarily by local boards of supervisors and city councils, subject to the localities they serve. They don’t serve at the whim or pleasure of the president. If Obama wants to reform police business, he ought to turn to Congress and the duly elected lawmakers for assistance. The fact that he’s using the power of his Justice Department to wield massive policy influence in police agencies across the nation is yet another example of his preference for issuing monarch-like decrees over abiding constitutional restraints.

But the bigger problem is this: Where was Obama and his rants against police militarization when 18-month-old Bounkham “Bou Bou” Phonesavanh’s face was half blown off by a SWAT member’s mistaken flash bang grenade throw? That widely reported Georgia incident occurred May 2014, after officers, working off faulty information that placed a drug suspect inside the home where Bou Bou slept, barged through doors in the middle of the night, via a no-knock search warrant, and tossed a military style flash bang device right into the baby’s crib. The family, at first anxious their baby wouldn’t even live, were then stuck with about $1 million of medical bills to pay. But Obama?

He waited until massive political rallies about police discrimination, police brutality and police abuses swept the nation before he jumped into the fray and delivered speeches drawing moral equivalencies between thug-like Ferguson protesters and police who were reacting to the scene, and later, after a grand jury found no cause to indict Wilson, nonetheless decrying the problem of racist police.

A portion of his November 2014 speech: “What is also true is that there are still problems and communities of color aren’t just making these problems up. … There are issues in which the law too often feels as if it is being applied in discriminatory fashion.”

It’s that kind of rhetoric that gives fuel to those who seek to portray police, en masse, as racist bigots bent on ridding communities of minorities. So it’s with skeptical eyes America should regard Obama’s restrictions on police and militarized gear. Granted, the limits are good ideas whose times have come. But their same times could have come earlier, in a less politicized environment, when the focus would have been purely on saving innocent lives and not on creating a social justice movement that’s likely to clamp police from doing their jobs.