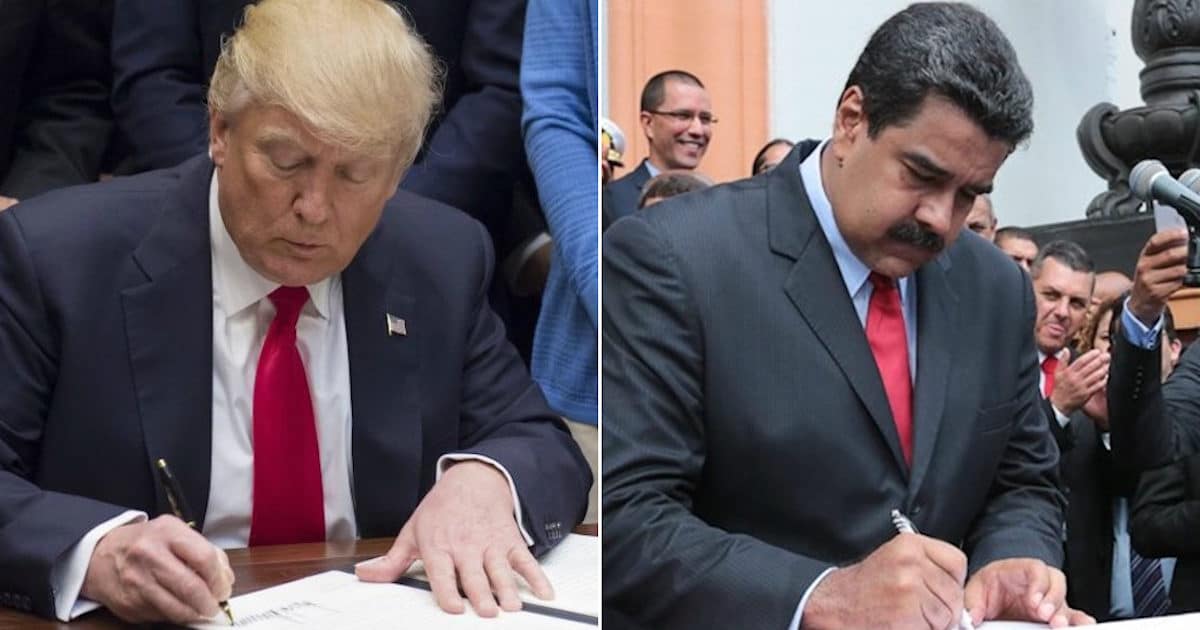 The Trump Administration sanctioned two current and former officials aligned with the regime led by Nicolás Maduro in Venezuela. The sanctions come after the Department of Justice (DOJ) on Thursday announced indictments for their alleged roles in laundering and bribery schemes.

Luis Alfredo Motta Dominguez (Motta), 60, and Eustiquio Jose Lugo Gomez (Lugo), 55, were charged in an eight-count indictment in the Southern District of Florida. It included one count of conspiracy to commit money laundering and seven counts of money laundering.

Venezuelans have had 23,860 electrical outages this year due, alone. The State Department said “their corruption directly contributed to the deterioration and failure of Venezuela’s electrical system.”

The indictment alleges the two Maduro loyalists took bribes to award Corpoelec business to U.S.-based companies, and laundered the proceeds in violation of the Foreign Corrupt Practices Act (FCPA).

“Interim President Juan Guaido and the democratically-elected National Assembly are pursuing a peaceful and democratic path that offers Venezuelans a better future,” a spokesman for the State Department said.

“The United States stands with them and the people of Venezuela as they demand democratic restoration and a return to economic prosperity and stability.”

It isn’t the first time the Trump Administration has taken aim officials surrounding Maduro, particularly those in the energy sector.

“We will continue to use economic and diplomatic tools to support Venezuela’s ongoing democratic transition,” the State Department added in a statement. “U.S. sanctions need not be permanent and are intended to bring about a positive change of behavior.”

On June 24, 2019, Jesus Ramon Veroes, 69, of Venezuela, and Luis Alberto Chacin Haddad, 54, of Miami, Florida, each pleaded guilty before U.S. District Judge Cecilia M. Altonaga of the Southern District of Florida to one count of conspiracy to violate various provisions of the FCPA.

Veroes and Chacin, who agreed to make payments to the officials at Corpoelec, are scheduled to be sentenced by Judge Altonaga on Sept. 4, 2019.