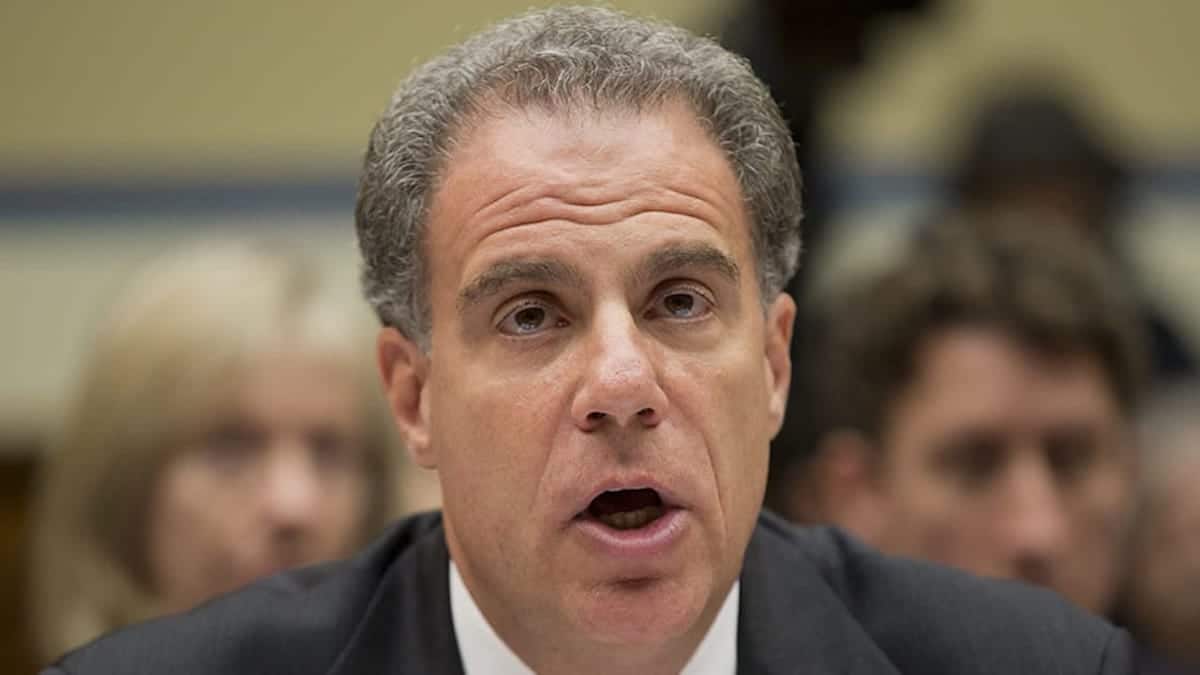 Inspector General: ‘We Do Not Have Confidence that the FBI Has Executed its Woods Procedures in Compliance with FBI Policy’

Washington, D.C. (PPD) — Justice Department Inspector General Michael Horowitz does “not have confidence” the Federal Bureau of Investigation (FBI) is following guidelines to spy on individuals after an audit found 390 issues in 39/42 FISA applications.

In a March 30, 2020, memorandum to FBI Director Christopher Wray, Inspector General Horowitz wrote “we do not have confidence that the FBI has executed its Woods Procedures in compliance with FBI policy.”

The memorandum — viewable below — is entitled: “Subject: Audit of the Federal Bureau of Investigation’s Execution of its Woods Procedures for Applications Filed with the Foreign Intelligence Surveillance Court Relating to U.S. Persons”.

“As a result of our audit work to date and as described below, we do not have confidence that the FBI has executed its Woods Procedures in compliance with FBI policy,” the inspector general wrote in the report.

“Specifically, the Woods Procedures mandate compiling supporting documentation for each fact in the FISA application.”

In December, the Justice Department Office of the Inspector General (OIG) released a Review of Four FISA Applications and Other Aspects of the FBI’s Crossfire Hurricane Investigation. “Crossfire Hurricane” is the name of the investigation used to spy on Team Trump, which served as the origin of the Russia probe led by Special Counsel Robert Mueller.

Legacy media incorrectly used the language in the report to claim the findings exonerated the FBI of political bias, which Inspector General Horowitz later pushed back on under oath.

John Durham, the U.S. Attorney for Connecticut tasked with investigating potential wrongdoings in the origins of the Russia probe, released a rare public statement disputing the conclusion political bias was not the motive for opening the investigation.

Nevertheless, in response to the findings of that internal investigation — which identified seven “significant inaccuracies and omissions” in just the first FISA warrant obtained against Carter Page, and ten additional major inaccuracies in the latter three — the inspector general announced the larger audit.

Mr. Page briefly served as a peripheral, unpaid foreign policy adviser to the campaign for Donald Trump. The FBI used him to conduct incidental surveillance against the then-Republican nominee and eventual president.

While admitting the review is not complete and the identified “issues” were not necessarily material, the inspector general revealed the audit uncovered 390 issues in 39 of 42 FISA applications.

Person FISA applications, 1 of which was also included among the 29 FISA applications that we reviewed—revealed that these oversight mechanisms routinely identified deficiencies in documentation supporting FISA applications similar to those that, as described in more detail below, we have observed during our audit to date. Although reports related to 3 of the 42 FISA applications did not identify any deficiencies, the reports covering the remaining 39 applications identified a total of about 390 issues, including unverified, inaccurate, or inadequately supported facts, as well as typographical errors.

Further, 29 FISA applications selected by the inspector general for review, which were required by FBI policy to have Woods Files created by the case agent and reviewed by the supervisory special agent, the audit identified 4 applications for which the FBI either has been unable to locate the Woods File. FBI personnel are required at the time of the application to complete it.

In January, the Justice Department admitted there was “insufficient predication to establish probable cause” to spy on Carter Page. In response, Judge James Boasberg, the head of the FISC, penned and issued an order ruling at least two of the warrants were “not valid” on January 7, 2020.

Supporters of the surveillance tool and secret spy court argue there were rigorous safeguards and robust restrictions on FISA. Critics argued the court served only as a rubber stamp.