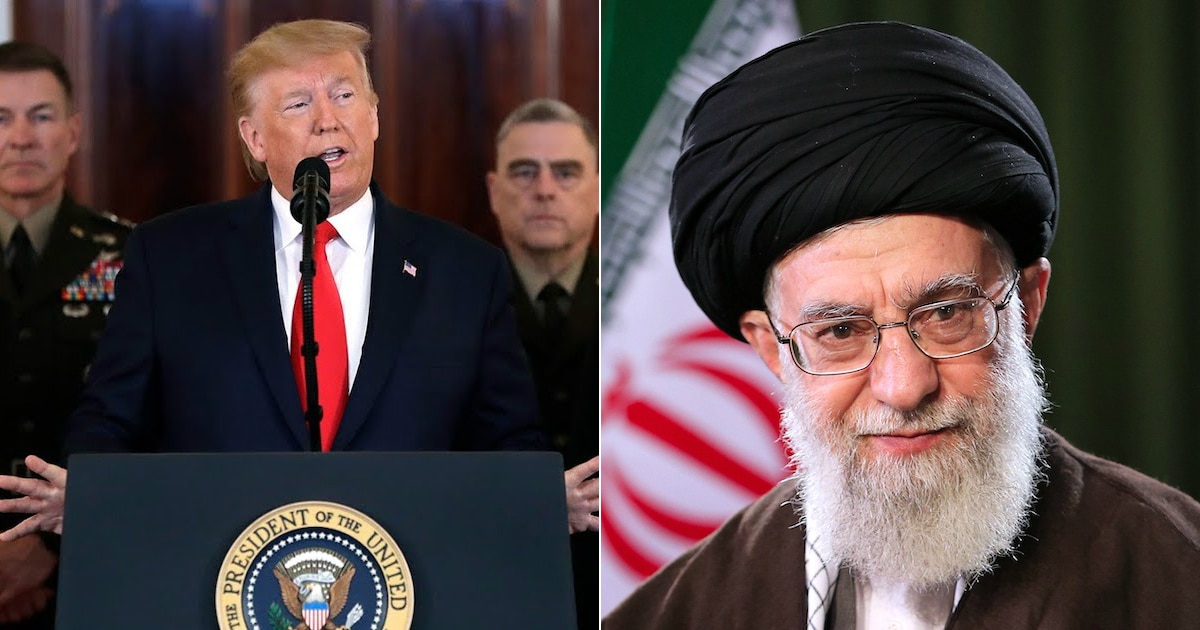 Iran Protestors Defend Trump, Chant: ‘Soleimani Is a Murderer, His Leader a Traitor’

Iran protests continued for a second day, with the crowd calling for the death of Supreme Leader Ayatollah Ali Khamenei, despite risk of execution.

“Death to the dictator”, directing their anger at the Islamic Republic’s Supreme Leader Ayatollah Ali Khamenei.

“They are lying that our enemy is America, our enemy is right here,” a group of protesters outside a university in Tehran chanted, according to video clips posted on Twitter.

Following three days of denials, Iran admitted Saturday its military shot down UIA Flight 752 bound for Kiev, killing all 176 aboard in what they called a “disastrous mistake”. The Ukrainian plane was shot down shortly after take-off from Imam Khomeini International Airport on Wednesday morning.

Initially, Iran claimed technical issues were to blame and that the plane was on fire before it fell to the ground. The regime also refused to grant Boeing Company (^BA) access to the black box recorder.

As People’s Pundit Daily (PPD) was among the first to report, U.S. officials believed the plane was accidentally shot down by Iran, specifically using the Russian-designed Tor missile system, also known by NATO code name the SA-15 Gauntlet.

U.S. Pentagon sources noted that the system would have been turned on after the Iranian missile attack on Wednesday morning if Tehran anticipated a U.S. military response. Tehran claimed the ballistic missile attack was retaliation for the death of Islamic Revolutionary Guard Corps (IRGC) Quds Force Major-General Qassem Soleimani.

In October, Soleimani met with and instructed Shi’ite militia allies in Iraq to escalate attacks against U.S. targets as part of an elaborate strategy to redirect rising public outrage away from Iran and toward the United States.

The rising escalation eventually led to the downing of the Ukraine International Airlines Boeing. Independent aviation operations experts cast doubt on Iran’s version of the story immediately. OPS insisted a “shootdown” was the most likely cause.

International pressure began to mount. Citizens of Canada and Ukraine, as well as Iran, were aboard the UAI Flight 752. The regime’s deception has now led to the Iran protests.

Corporate big media in the U.S. are largely ignoring the Iran protests, after attempting to cast blame on the White House. Yashar Ali, a leftwing journalist at New York Magazine and contributor to The Huffington Post, posted a must-read thread on the media coverage of the situation in Iran.

Regardless of the coverage and unable to rely on even domestic corporate big media, President Trump tweeted both to the people of Iran and the regime in Tehran, directly.

“To the brave, long-suffering people of Iran: I’ve stood with you since the beginning of my Presidency, and my Administration will continue to stand with you,” the president wrote in a post on Saturday. “We are following your protests closely, and are inspired by your courage.”

“To the leaders of Iran – DO NOT KILL YOUR PROTESTERS. Thousands have already been killed or imprisoned by you, and the World is watching,” he posted. “More importantly, the USA is watching. Turn your internet back on and let reporters roam free! Stop the killing of your great Iranian people!”

Both tweets were also posted in English and Persian.

Nearly two months ago, Iran massacred at least hundreds of citizens protesting gas prices, with some estimates as high as 1,500. People participating in the Iran protests are taking an enormous risk not only by protesting but also calling for the death of Ayatollah Ali Khamenei.

Now, the crowd is defending President Trump and calling Soleimani is a murderer, his leader a traitor.”