An Amusing Examination of Socialism

I’m a big believer that some images do a great job of capturing an issue.

Speaking of socialism, let’s look at some more images that reveal the essence of that bankrupt ideology.

Here’s a cartoon from Libertarian Reddit that does a great job of showing the real difference between capitalism and socialism.

Perfectly stated. Reminds me of the insights offered by Thatcher and Churchill.

Sadly, if you provide the statists with real-world evidence, many of them still prefer the world in top-right frame rather than the bottom-right frame.

As you might suspect, there are plenty of socialists who enjoy the benefits of capitalism while urging statism for everyone else. Think, for instance, about all the leftists who use tax havens.

Or this hipster millennial. 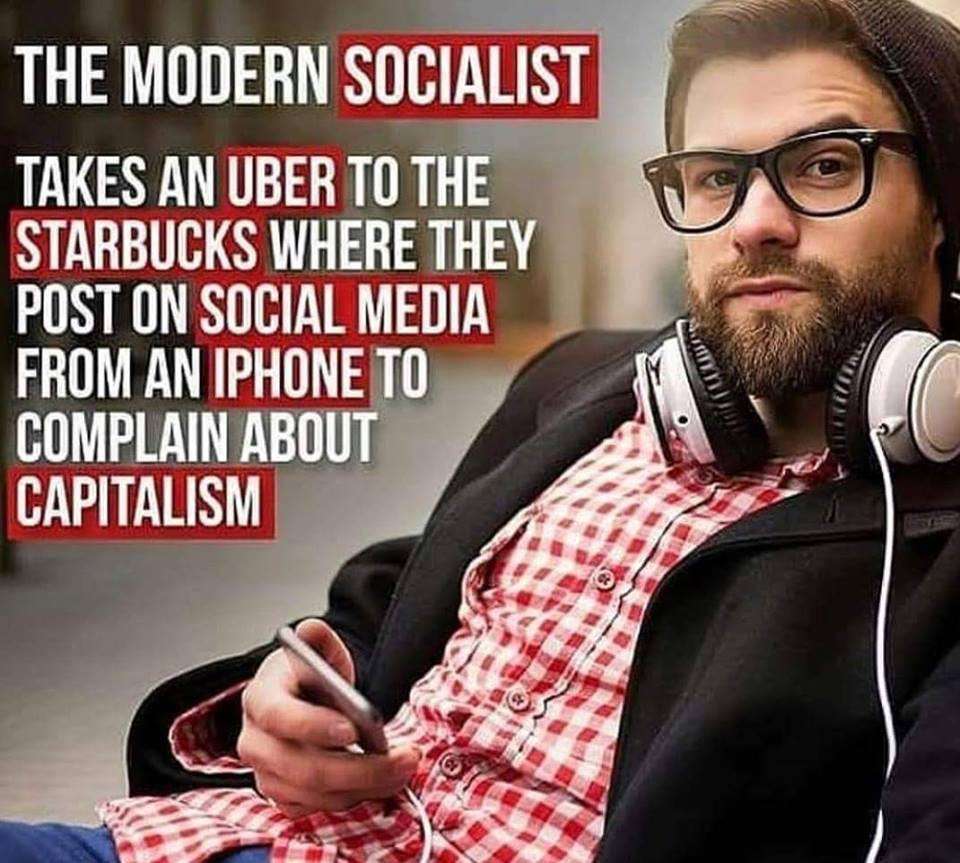 Maybe he could have a ménage à trois with Pajama Boy and Julia? Though only if everyone is guaranteed equal levels of disappointment.

Next is a helpful reminder from Bernie Sanders about the very thin line between socialism and communism. Though I’m not sure there’s a meaningful difference.

Last but not least, this gem from Libertarian Reddit appealed to my juvenile sense of humor.

Basically the same message you find in the last item in this collection of socialism humor.