HomePolicyShut Down the Department of Energy, Yesterday if Possible

Shut Down the Department of Energy, Yesterday if Possible 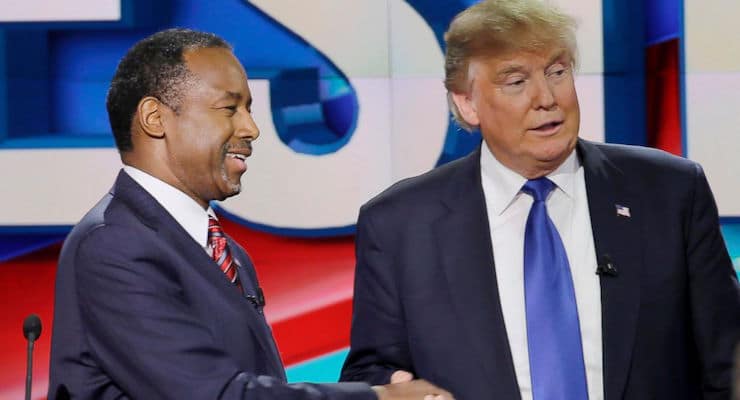 President-Elect Trump has picked Ben Carson as his Secretary for the Department of Housing and Urban Development (HUD), which immediately produced two thoughts.

First, since he had the best tax plan of all the 2016 candidates, too bad he wasn’t named Secretary of Treasury.

Second, I hope his job at HUD is to shut down the department, raze the building, and get the federal government out of the housing business.

Then I realized I was thinking too narrowly. Shouldn’t all Trump appointees start with the assumption that their department, agency, or program is an unconstitutional waste of money? I’ve already written columns explaining why some cabinet-level bureaucracies should be abolished.

Now let’s expand this list by taking  a look at the Department of Energy.

And our job will be easy since William O’Keefe has a very persuasive column for E21. Let’s look at some of the highlights, starting with the observation that the bureaucracy was created based on the assumption that the world was running out of energy and that somehow politicians and bureaucrats could fix that supposed problem.

The Department of Energy (DOE) traces its roots to the energy crisis of 1973, which was made worse by misguided government policy.  …there was, at the time, a firm belief that the world was going to run out of oil by the end of the century. Not only does the world have plenty of oil, but the United States is now a net exporter of natural gas–and would be exporting more if DOE was faster with its approvals. …Prior to DOE, the federal government played a very limited role in energy policy and development.  Presumed scarcity, excessive dependence on OPEC nations, distrust in markets, and the search for energy independence became the foundation for what is now a $32.5 billion bureaucracy in search for relevance.

In other words, the ostensible problem that led to the creation of the department was preposterously misdiagnosed.

The market produced lots of energy once the shackles of government intervention (including those from the Energy Department) were sufficiently loosened.

So what, then, does the department do?

What DOE has done is squander money on the search for alternative energy sources. In the process, it enabled Bootlegger and Baptist schemes that enriched crony capitalists who are all too willing to support the flawed notion that government can pick winners and losers.  For 2017, a large chunk of DOE spending–$12.6 billion, or 39 percent—is earmarked to “support the President’s strategy to combat climate change.” This is not a justifiable use of taxpayer dollars. Over 36 years, DOE’s mission has morphed from energy security to industrial policy, disguised as advanced energy research and innovation.  There is a long and failed history of industrial policy by the federal government.

DOE has become the Department of Pork. …Energy firms do not need government subsidies to innovate and develop new technologies.  Horizontal drilling and fracking came from the private sector because the incentives to develop shale oil and gas were stronger than the illusions driving alternative energy sources. …Abolishing DOE would punish only the crony capitalists who have become addicted to its support.

By the way, Mr. O’Keefe’s argument is primarily based on the fact that DOE doesn’t produce value.

Since I’m a fiscal wonk, I’ll add another arrow to the quiver. We also should abolish the department so that we can save a lot of money.

My colleague Chris Edwards has an entire website filled with information about the uselessness of the department. You can – and should – spend hours perusing all of the information he has accumulated.

But here’s the part that jumped out to me. Over the years, the federal government has squandered hundreds of billions of dollars on a department that is most famous for wasteful Solyndra-style scams.

By the way, there are a small handful of activities at DOE that should be shifted to other departments (such as transferring nuclear weapons responsibilities to the Department of Defense).

But the vast majority of DOE activities never should have been created and produce zero value, so the sooner the bureaucracy is eliminated, the better.

Mirror, Mirror, On the Wall, Which Nation Has the Most Total Freedom of All?