HomePolicyIs Putin Being Honest and Accurate about the Benefits of Russia’s Flat Tax?

Is Putin Being Honest and Accurate about the Benefits of Russia’s Flat Tax? 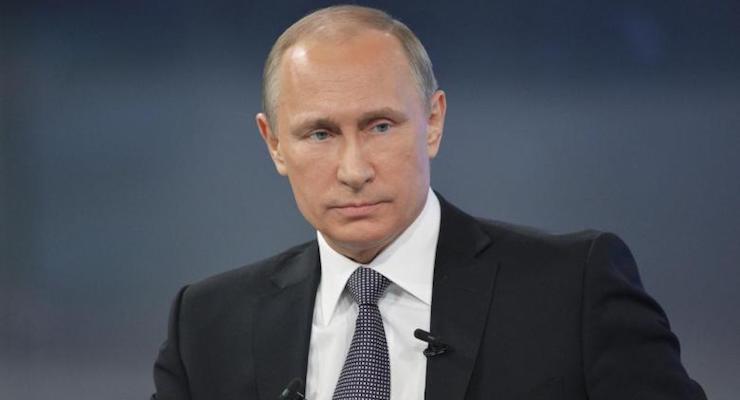 I’m obviously a big fan of a simple and fair flat tax. In part, my support for fundamental reform is driven by my desire for a low rate, for no double taxation, and for the elimination of loopholes. Those are the economic reasons for reform.

But I also am very much motivated by the moral case for tax reform. It offends me that we have 70,000-plus pages of special favors for the friends and contributors of politicians. I value the rule of law, so I want everyone in America to play by the same rules.

And I confess that I’m jealous that other nations have adopted this common-sense reform while we’re still stuck with a punitive and unfair internal revenue code.

But the silver lining to this dark cloud is that we can learn from the experiences of other nations.

A recent report looks at what’s happened in Russia following the introduction of the flat tax.

On December 23, 2016, in his annual end-of-year press conference, Russian President Vladimir Putin said that despite his “many doubts” at the initial stage of introducing a flat 13-percent personal income tax in 2001, tax reform in Russia has been a major success. …Putin claimed that in 2001, when the tax reform was introduced, he was “concerned that the budget would lose revenue, because those who earn more would have to pay less.” He said he was also concerned “whether social justice would be ensured and so on.” However, as the reform gained traction, “personal-income tax collection has increased – pay attention – seven times,” Putin said. …Daniel Mitchell, a senior fellow at the Cato Institute, told Polygraph.info that two factors contributed to a significant increase in personal income tax revenue: “the low rate made tax evasion and avoidance much less attractive, and increased incentives to earn income.”

I appreciated the chance to talk to the reporter and get quoted in the story, but I am naturally suspicious about the claims of government officials. So I wondered about Putin’s claim about a seven-fold increase in income tax receipts.

I know there were good results in the first few years after reform. I authored a study for the Center for Freedom and Prosperity last decade, and there was data at the time showing an impressive increase in revenues from the personal income tax. That data certainly bolstered the argument for tax reform.

But we now have almost another full decade of data. Has the Russian flat tax continued to produce good results? Is the low tax rate continuing to encourage both the earning of income and reporting of income?

To answer these questions, I had my intern cull through various IMF Article IV consultation reports on Russia to get up-to-date data on personal income tax receipts in Russia. And what did I learn? Was Putin wrong?

Yes, Putin’s claim of a seven-fold increase in tax receipts was completely misleading. There was actually a 10-fold jump in personal income tax revenue.

In other words, the flat tax is a success. In today’s Washington, you would say the Russian government is winning bigly.

But there are caveats.

Let’s look at another example. Writing for Forbes, Fahim Mostafa explains that the Hungarian flat tax also has been a big success.

A fair number of Eastern European nations have…chosen this system of taxation over its progressive counterpart. Among the latest to join this club is Hungary, replacing progressive rates from 17% to 32% with a flat tax of 16% on income effective from 2012 onward… There is reason to believe that the implementation of this system has largely benefited the Eastern European nation. …The results from the following years have been remarkable. Total government revenue in 2015 (the last year for which OECD data is available at this time) stood at 23.8% higher than the maximum prior to the flat tax reform… According to the OECD, public debt in Hungary has been decreasing steadily since 2011. Increased revenues allow for this debt to be paid. …The flat tax has boosted consumption in Hungary, greatly increasing taxes collected from sales. Total tax revenue has shot up despite the massive cuts made to income tax. Politicians seeking to implement this policy in their own nation would do well to point out the example of Hungary.

First, the same caveats I applied to Russia apply to Hungary. The country is ranked #57 from Economic Freedom of the World, so it’s great that there’s a successful flat tax, but a lot more reform is needed for Hungary to become a role model for overall market-friendly reform.

Yes, every so often you can find examples of nations being on the downward-sloping portion of the Laffer Curve, either because tax rates are ridiculously high (the U.S. before Reagan) or because a nation is developing or transitioning and needs low tax burdens to boost growth and encourage compliance.

It’s never my goal to boost revenue for governments, of course, but there’s surely a lesson to be learned about the benefits of low tax rates when both taxpayers and the government wind up with more money.

Everything You Ever Wanted to Know About Border-Adjustable Taxes, But Were Too Bored to Ask