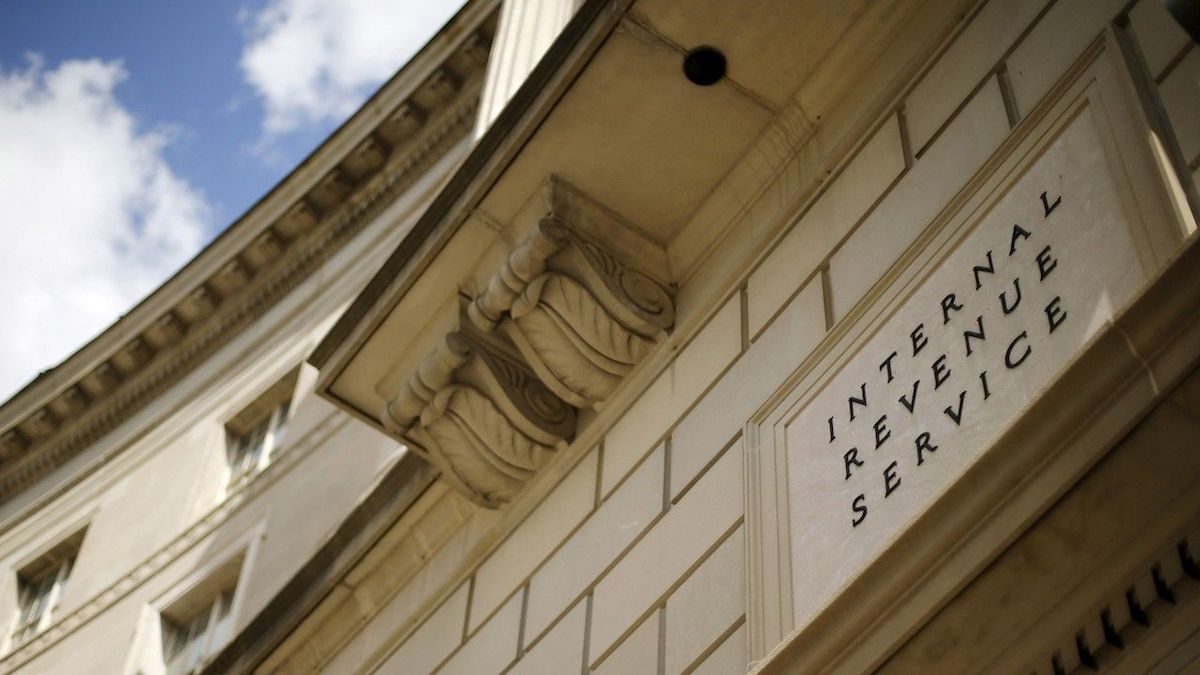 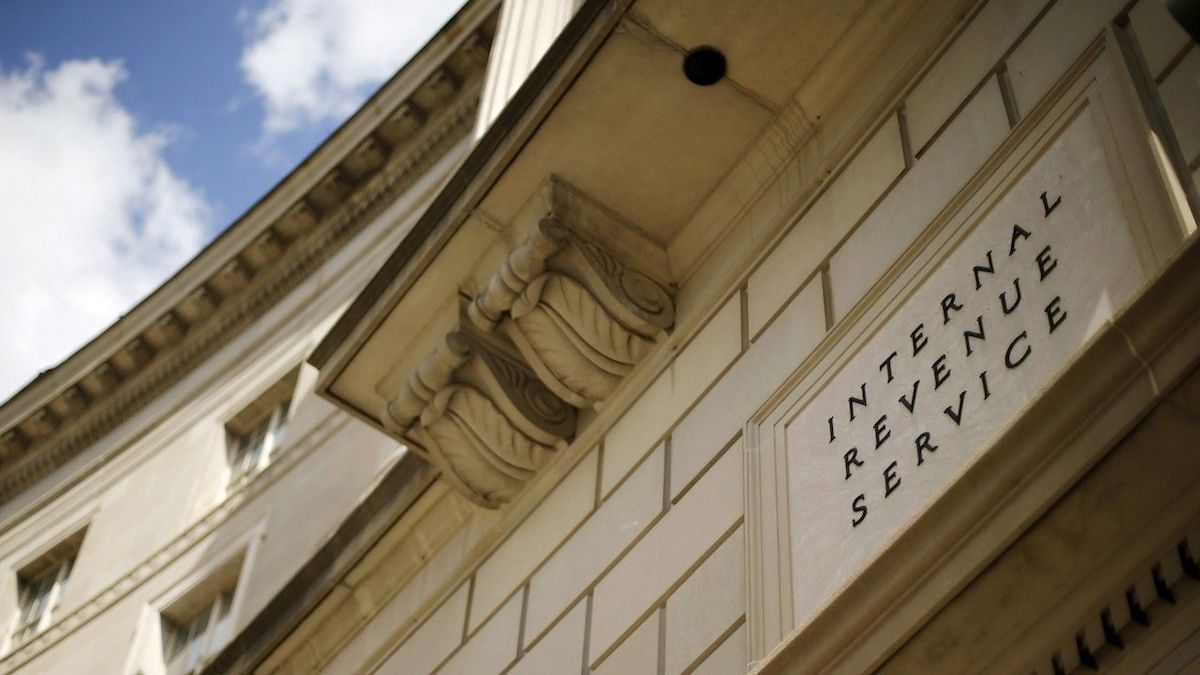 When I criticize America’s wretched tax code — now slightly less worse because of the recent tax bill– I generally focus my ire on the politicians who have spent more than 100 years creating an insanely complicated and convoluted system.

The Internal Revenue Service, by contrast, is simply the bureaucracy that is charged with enforcing the code.

But that doesn’t mean the IRS should escape criticism. The bureaucrats have some leeway and that discretion sometimes gets abused. The most glaring example in recent years was the agency’s despicable attempt to tilt the political playing field and influence elections by discriminating against Tea Party groups.

Yet not everyone thinks the IRS misbehaved. The Washington Post actually published an editorial that tries to portray the IRS as a victim. Seriously. I’m not joking.

Conservatives who long sought to restrain the Internal Revenue Service have managed to throw a wrench into an IRS division that is supposed to regulate tax-exempt nonprofits and charities, just at a time when these groups are becoming more partisan and complex.

The number of applications from new charities has exploded in recent years, and the law is a bit of a gray zone — vaguely written and hard to enforce. In recent years, overwhelmed by applications, the …division seems to have lost its will to scrutinize charities. According to Mr. O’Harrow, last year the division rejected just 37 of the 79,582 applications on which it made a final determination. He reported that charities have now begun to recognize they face little or no chance of examination or sanction. The division’s budget has declined from a peak of $102 million in 2011 to $82 million last year. The number of division employees has fallen from 889 to 642.

I have a modest bit of sympathy for the IRS. As the editorial notes, the tax code is “vaguely written and hard to enforce.”

But my solution is to remove IRS discretion. In the long run, that can happen with a simple and fair flat tax that does away with the deduction for charitable contributions and thus removes any need for monitoring and enforcement.

In the short run, the easy answer is that charitable status should be automatic and the 642 bureaucrats should concentrate on finding and punishing nonprofit groups that violate the law.

But here’s the part of the editorial that is delusional.

…the division and its then-leader, Lois Lerner, fell into the crosshairs of the conservative tea party movement for the slow pace of approvals of tea party groups, which they claimed was due to a conspiracy by the Obama administration to target them. Subsequent investigations found mismanagement — the IRS was taking shortcuts and using keywords to deal with the mountain of applications — but not deliberate targeting.

Wow. I wonder if the person who wrote this editorial is ignorant or mendacious. The IRS admitted that it targeted Tea Party groups! The bias was in the keywords.

And that wasn’t even the first time the Post tried to make excuses for the IRS.

Investor’s Business Daily opined on this issue over the summer.

This is one of the most serious abuses of power by a federal agency in decades. That no one really lost a job and no one has been prosecuted for abusing the powers of the federal government to harass groups for their political beliefs — the kind of thing routinely done in places such as Russia and Venezuela, not in the U.S. — is nothing less than shocking. For those who need a reminder and without getting too deep in the weeds, the scandal involves IRS bureaucrats denying tax-exempt status to groups apparently solely due to their conservative political beliefs. This is clearly highly illegal. the Nonprofit Quarterly notes that,

”Various congressional committees attempted to ferret out what happened and who did it but were stymied by the IRS’ slow responses to records requests and, in some cases, destruction of computer media (that) might have contained important information.” In short, it looks like a classic case of a gross violation of federal law followed by a possibly criminal cover-up. …This is unconscionable behavior by a federal agency that is governed by that very same Constitution.

This is why I agreed with George Will about the impeachment of the IRS Commissioner and also argued in favor of budgetary consequences for the agency.

Sadly, the Trump Administration has basically gone to bat for the IRS when it should be pushing for transparency and reform.

By the way, my complaints about the IRS go way beyond the fact that the bureaucrats persecuted the Tea Party.

Let’s look at a recent story about a dodgy contract the IRS recently issued.

The IRS will pay Equifax $7.25 million to verify taxpayer identities and help prevent fraud under a no-bid contract issued last week, even as lawmakers lash the embattled company about a massive security breach that exposed personal information of as many as 145.5 million Americans. A contract award for Equifax’s data services was posted to the Federal Business Opportunities database Sept. 30 — the final day of the fiscal year.

The notice describes the contract as a “sole source order,” meaning Equifax is the only company deemed capable of providing the service.

What mostly bothers me is not that the IRS gave a contract to a company that had just suffered a major data leak. Instead, I’m very suspicious about it being a no-bid contract issued on the last day of the fiscal year.

Sounds like the bureaucrats had some use-it-or-lose-it funds and they decided to screw taxpayers.

And here’s another story that’s worth sharing.

Internal Revenue Service (IRS) employees have backed Democrats over Republicans by 2-1 in their political donations over the last 25 years. Donors listing the IRS as their employer have donated roughly $453,800 to Democratic candidates and causes and $221,400 to Republican candidates and causes since 1990. About one in four of the dollars for Democrats, or roughly $117,500, went to President Barack Obama. But IRS employees since 1990 have also donated $203,000 to the National Treasury Employees Union, which in turn has given about 95 percent of its $6 million in political contributions to Democrats over the last 25 years, OpenSecrets.org data shows. Disclosure of the huge bias among IRS employees for Democrats won’t help an agency under fire for years for illegally targeting conservative groups applying for tax-exempt status.

To be sure, bureaucrats can give political contributions and remain honest and fair in their dealings with the public.

Nonetheless, I suspect Lois Lerner wasn’t the only partisan hack who tried to interfere with the political process.

Let’s now end where we started. The Washington Post editorial implied that the IRS deserved a bigger budget and more staff so bureaucrats could investigate each application.

I’ve already explained why that’s not the right approach from a compliance perspective, but there’s also a moral argument against further expanding the IRS budget (something Republicans sadly don’t understand).