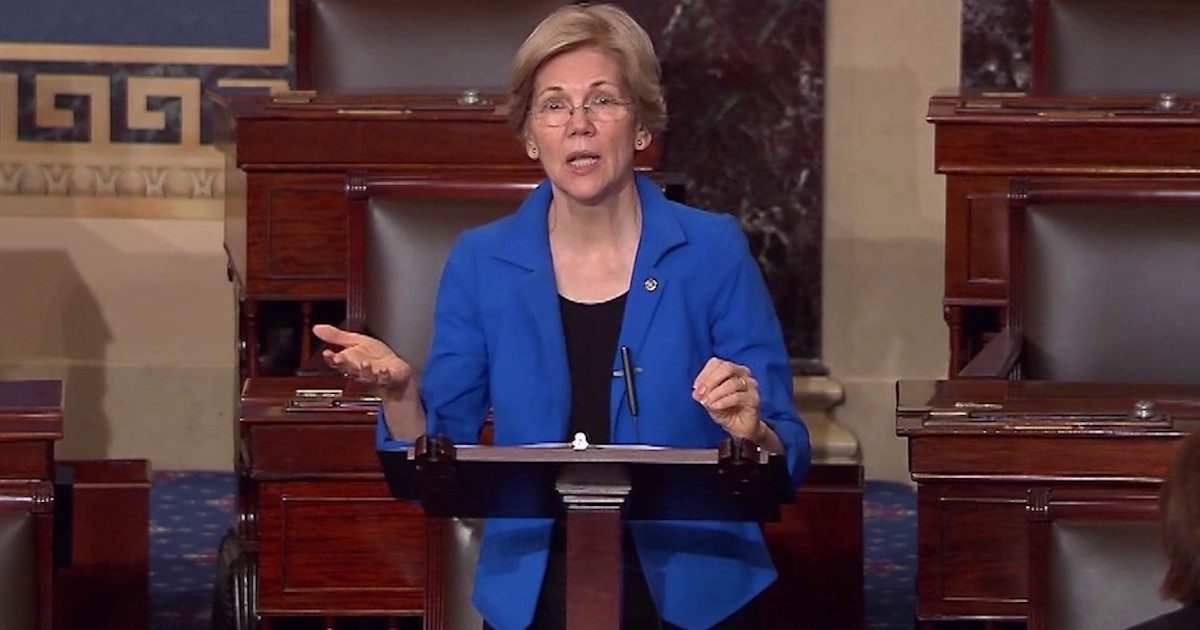 I’ve always considered Senator Bernie Sanders to be the most clueless and misguided of all presidential candidates.

But I also think “Crazy Bernie” is actually sincere. He really believes in socialism.

Elizabeth Warren, by contrast, seems more calculating. Her positions (on issues such as Social Security, corporate governance, federal spending, taxation, Wall Street, etc).) are radical, but it’s an open question whether she’s a true believer in statism. It’s possible that she simply sees a left-wing agenda as the best route to winning the Democratic nomination.

Regardless of motive, though, her proposals are economic lunacy. So maybe it’s time to give her “Looney Liz” as a nickname.

Consider, for instance, her new Medicare-for-All scheme. She got hammered for promising trillions of dollars of new goodies without specifying how it would be financed, so she’s put forward a plan that ostensibly fits the square peg in a round hole.

But as Chuck Blahous of the Mercatus Center explains, her plan is a farce.

…presidential candidate Sen. Elizabeth Warren released her proposal to ostensibly pay for the costs of Medicare for All (M4A) without raising taxes on the middle class. As published, the plan would not actually finance the costs of M4A. …the Warren proposal understates M4A’s costs, as quantified by multiple credible studies, by about 34.2%. Another 11.2% of the cost would be met by cutting payments to health providers such as physicians and hospitals. Approximately 20% of the financing is sought by tapping sources that are unavailable for various reasons, for example because she has already committed that funding to other priorities, or because the savings from them was already assumed in the top-line cost estimate. The remaining 34.6% would be met by an array of new and previous tax proposals, most of it consisting of new taxes affecting everyone now carrying employer-provided health insurance, including the middle class.

Here’s a pie chart showing that Warren is relying on smoke and mirrors for more than 50 percent of the financing.

By the way, the supposedly real parts of her plan, such as the new taxes, are a very bad idea.

Brian Riedl of the Manhattan Institute unleashed a flurry of tweets exposing flaws in her proposal.

Since I’m a tax wonk, here’s the one that grabbed my attention.

If ever enacted, the United States presumably would drop to last place in the Tax Foundation’s competitiveness ranking.

And let’s not forget that Medicare-for-All would dramatically increase the burden of government spending. In one fell swoop, we’d become Greece.

Actually, that probably overstates the damage. Based on my Lassez-Faire Index, I’m guessing we’d be more akin to Spain or Belgium (in other words, falling from #6 in the rankings to the #35-#40 range according to Economic Freedom of the World).