HomePolicyChina, Not Russia, Is the Real Threat to the United States 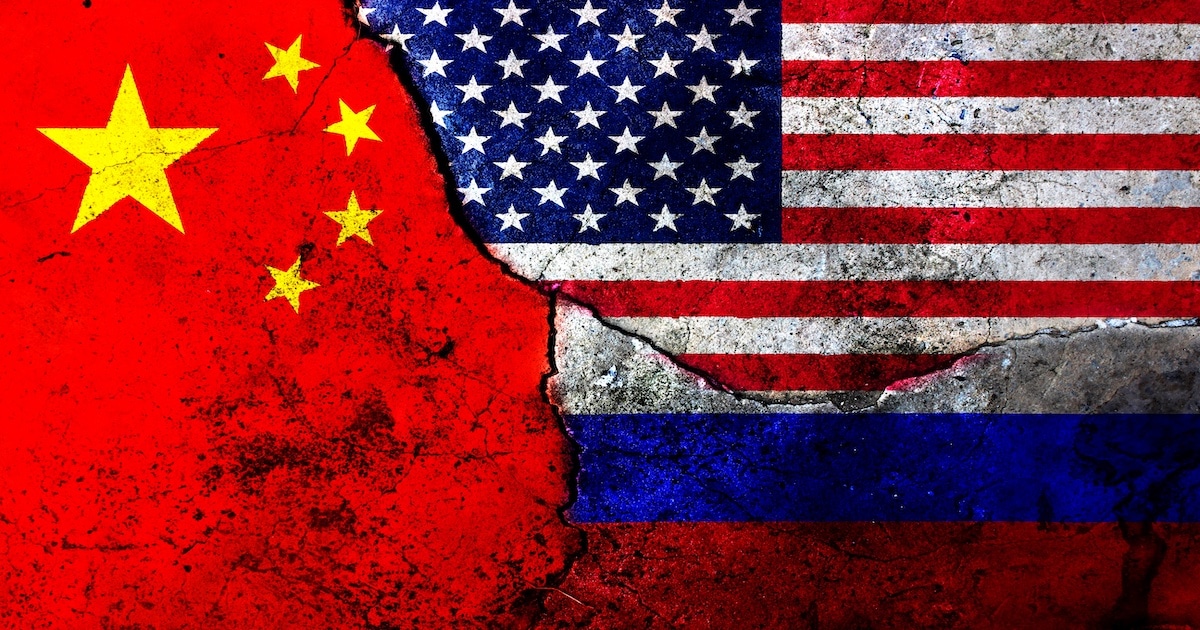 In 2016, the American people elected Donald J. Trump, a businessman and political outsider who campaigned on trade equilibrium. He is the first president in modern history to keep his promise to confront China over the unfair economic advantages that are and have been bankrolling their inevitable militaristic rise.

But for three years, the nation’s political discourse has been paralyzed by a manufactured fear fueled by a lie, one built on false assumptions and pushed by a complacent media.

The D.C. foreign policy and security establishments cast Russia as the top threat to the United States, and Russian President Vladimir Putin their default Boogeyman. Anyone who challenges that “conventional wisdom” is accused of being a Russian asset, or “Puppet of Putin.”

Due to that paralysis, U.S. policy-makers have failed to address the real and rising threat. They’ve failed to support the president’s attempt to confront it before it’s too late.

By all accepted measures used to gauge the strength of a Great Power, China is a far greater threat to the United States than Russia.

There’s a good reason we will discuss economic power first and foremost. Economic power and wealth are necessary for a nation to build military power. Great Powers aim to maximize wealth because economic strength is the foundation of military strength.

A nation’s wealth is largely determined by its gross domestic product (GDP).

For context, GDP for the entire Russian Federation is just a little more than Spain ($1.311 trillion) and less than Italy ($1.935 trillion).

But economic power can reveal itself in more than just a nation’s GDP. Examples would include influence over the domestic industry of rival nations, many of which in turn influence culture and norms.

Such power was on full display only a few weeks ago when prominent voices and organizations in entertainment and sports refused to condemn violence used against the protestors in Hong Kong.

Another measure used to gauge the strength of a Great Power is the most obvious — military power. The numbers below are a bit misleading, and we’ll discuss why.

Source: “The Military Balance” 2019 edition published by the International Institute for Strategic Studies

The United States of America relies on the aircraft carrier fleet to project military power within and beyond its region. Its ability to do so has caused a debate over whether “the stopping power of water” truly limits hegemonic power to regions in the modern era.

Putting aside the unproven development of the hypersonic “carrier killer,” China has now added the carrier to their level of military capacity. Russia maintains a single carrier, as well.

However, only one nation has the wealth to fund a large budget to support development, and maintain strategic and combat effectiveness.

China’s military budget is $177.6 billion, far less than the United States at $989.1 billion but also far more than the $70.0 military budget in Russia. The Russian Federation simply does not have the economic might to support their current military, and combat effectiveness remains very low.

Since the index was released, China’s military capabilities have grown significantly. For the 70th anniversary of the Communist Party’s rise to power, the PRC paraded a stealth nuclear submarine, stealth drone and helicopter technology.

All of which were made possible only with technology stolen from the United States. Worth noting, the “experts” in the D.C. foreign policy and security establishments estimated those capabilities wouldn’t be achieved for another decade.

The new nuclear submarine is capable of firing an intercontinental ballistic missile (ICBM) that packs 10 nuclear devices in one warhead — again, technology stolen from the United States.

Latent power is determined by a state’s wealth and the size of its overall population. While we already discussed economic wealth, we’ve left population for last.

China boasts a population more than the U.S. and Russia, combined. That is the reason for the disparity between and apparent disadvantage for China’s per capita active rate.

After all, for every neck, there are two hands to choke it.

According to the United Nations, China’s one-child policy will result in a steadily shrinking population for generations. However, the population will fall from their slightly different estimate of 1.41 billion in 2017 to a still significant 1.36 billion in 2050.

Forecasts for the population of Russia are estimated as low as 119 million by 2050. For the same year, the U.S. population is projected to grow to 390 million.

But even if those revisions are accurate, it would do little to offset what could still be a 3- to 4-fold advantage enjoyed by China over the U.S. in latent power. That is an unheard-of level of latent power.

Further, increasing population estimates for the U.S. are largely fueled by immigration, not domestic fertility rates.

Veterans data from the U.S. Census Bureau suggests those fueling immigration have low enlistment rates juxtaposed to other races who would represent a smaller share of the overall population.

Black veterans, totaling 2,150,689 or 12.0%, closely reflect the overall share of total civilian population at 12.3%. But they are projected to largely remain stagnant as a percentage of future population estimates.

If demographic trends continue, it will further reduce the active personnel rate per capita for the U.S. Put plainly, the population increase will not necessarily translate into a larger military, and could make a draft more likely in the event of Great Power conflict.

If economic trends continue, China could also gain a decisive military advantage. There are some valid arguments that demographic contraction will damage China’s longterm economy, though they’re untested.

By all accepted measures used to gauge the strength of a Great Power — economic, military and latent power — China is a far greater national security threat to the United States than Russia.