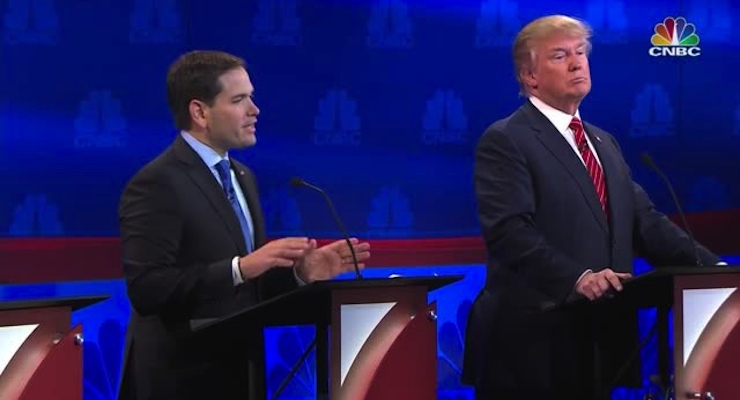 Florida Sen. Marco Rubio slammed the media during the CNBC debate, stating “Democrats have the ultimate Super PAC. It’s called the mainstream media.” Rubio railed coverage of Hillary Clinton’s testimony in front of the House Benghazi committee, who uncovered the smoking gun email showing the former secretary of state lied about a YouTube video causing the attack that took the lives of 4 Americans.

BETSY QUICK, CNBC: You know, Mr. — you know, Mr. Trump, if I may (inaudible). You’ve been — you have been — you had talked a little bit about Marco Rubio. I think you called him Mark Zuckerberg’s personal senator because he was in favor of the H1B.

QUICK: So this was an erroneous article the whole way around?

TRUMP: You’ve got another gentleman in Florida, who happens to be a very nice guy, but not…

MARCO RUBIO: Since I’ve been mentioned, can I respond?

QUICK: Yes, you can.

RUBIO: OK. I know the Democrats have the ultimate Super PAC. It’s called the mainstream media who every single day. And I’ll tell you why. Last week, Hillary Clinton went before a committee. She admitted she had sent e-mails to her family saying, “Hey, this attack at Benghazi was caused by Al Qaida-like elements.” She spent over a week telling the families of those victims and the American people that it was because of a video. And yet the mainstream media is going around saying it was the greatest week in Hillary Clinton’s campaign.

But she has her super PAC helping her out, the American mainstream media.

Dan Mitchell to Dana Loesch: Bernie Sanders is Not a Real Socialist