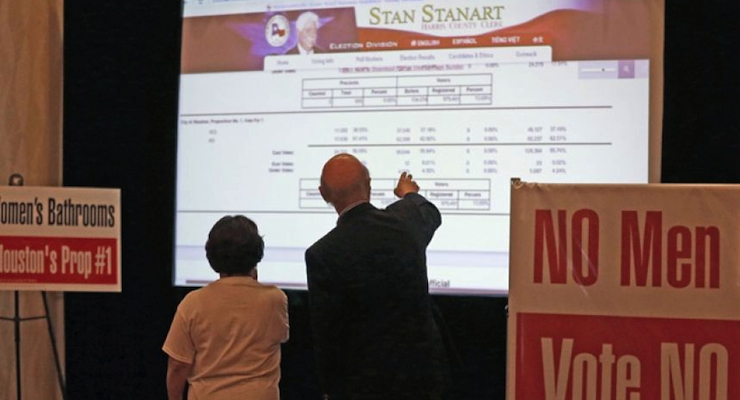 I have made an intentional habit of waiting for the pundit pontificating to quiet down before offering election analysis in the context of our projections and actual election results. Now that it has, that is, as much as we can expect, let’s take a look at what happened this week and what it could signal for Election 2016.

First, avid readers of PPD and the PPD Election Projection Model know full well that I am not a big fan of the “doomed by demographics” school of thought that permeates and dominates conventional wisdom in the Beltway. It is possible to acknowledge that a changing electorate is beneficial to Democrats, while at the same time, refuse to abandon basic lessons taught by American political and electoral history.

The fact that political coalitions are ever-changing is far more significant than knee-jerk reactions on the panels of network news outlets post Election Day. It’s also extremely important to remember that changing levels of support for a political party and its candidates among a certain bloc of voters do not occur in a vacuum. In other words, even if the GOP nominee fails to increase his or her level of support among Hispanics, for instance, but manages to either return to or exceed historic levels of support among black voters, then they will win. Plain and simple.

On the night George W. Bush was reelected in 2004, Paul Begala and James Carville lamented over their nominee losing more than 90% of the fasting growing exurbs in the country. In 2012, pundits prematurely took President Obama’s reelection as evidence of a new “emerging Democratic majority,” ignoring the results of the 2010 midterm elections and grossly misreading the impact of the Hispanic vote. Those invested in this new conventional wisdom and what it might mean for the politics of campaigning moving forward, tried to dismiss the 2014 midterm elections by incorrectly blaming low voter turnout.

The truth is that when we look at the bigger picture both parties have their own reasons for concern. However, when we consider the demographic edge Democrats should enjoy but aren’t, at least not in non-presidential election cycles, it becomes increasingly apparent that this deficit is more significant and under-reported. The defeats at the ballot box last week serve as a microcosm of what we’re talking about here.

In Kentucky, Republican Matt Bevin defeated Democrat Jack Conway in the gubernatorial race, becoming only the second GOP state executive in four decades. Bevin, a businessman backed by the Tea Party who embraced Kim Davis and opposed ObamaCare, was the clear favorite on the PPD Election Projection Model, despite polls showing Conway with an edge. But it wasn’t even close, and the results reenforce our expectations that the party will take over the only remaining Southern state legislative body controlled by Democrats in 2016.

And here is the crux of the problem for Democrats.

While the “War on Coal” may be a sound bite for most media outlets, it’s real life for Kentucky coal miners. Coupled with the Democratic Party’s position on social and other economic issues, the old saying “All politics is local” is becoming less-and-less a factor in an increasingly polarized America.

Yet, President Obama rejected the Keystone XL pipeline project on Friday, despite multiple State Department reviews and broad public approval. The anticipated decision absolutely helped cost the party Senate seats in 2014, and while union leaders will not soon back a Republican candidate, it will help to bleed more union member-votes to the benefit of the GOP.

“We are dismayed and disgusted that the president has once again thrown the members of, and other hard-working, blue-collar workers under the bus of his vaunted ‘legacy,’ while doing little or nothing to make a real difference in global climate change,” The Laborers’ International Union of North America, or LIUNA said in a statement. “His actions are shameful.”

In the most liberal city in the state of Texas, voters rejected the Houston Equal Rights Ordinance by a 2-1 margin, which would’ve allowed the free use of public bathrooms by transgender men and women. It appears that Democrats completely misread support for the transgender movement in light of their victory on same-sex marriage.

Yet, in Palatine, Illinois, which is in an otherwise deeply Blue state, public outrage is growing over the Obama administration’s threat to withhold funding from a high school for not permitting a transgender student to use the girls’ locker rooms.

I was and remain suspicious of the accuracy of the polls on same-sex marriage. If they were so accurate, then why did proponents of same-sex marriage need the Supreme Court to shut down the debate? Either way, even if we concede they are accurate, interpreting that support to mean a greater acceptance of the transgendered movement is a big mistake. White gentry liberals and black inner-city voters shutdown the Houston Equal Rights Ordinance, not rural white Christians.

Ohio voters on Tuesday rejected a ballot proposal to legalize marijuana for both recreational and medical use, despite the primary pro-pot group spending over $12 million in ads. While the polls showed a tight race going into Election Day, the actual voting results weren’t even close. With 99% of precincts reporting, Issue 3, which would’ve allowed adults 21 and older to use, purchase or grow certain amounts of marijuana, was defeated by a 64% to 34% margin.

There’s a small caveat on Issue 3, however. The perceived monopoly divided the pro-pot forces against the initiative, though that doesn’t explain the terrible polling.

San Francisco Sheriff Ross Mirkarimi handily lost his bid for reelection Tuesday following months of criticism surrounding his support for sanctuary city policy. Mirkarimi refused to honor an Immigration and Customs Enforcement retainer and allowed Juan Francisco Lopez-Sanchez, a 45-year-old illegal alien with an extensive criminal history that included being deported at least 5 times prior, to walk free. Sanchez is currently being charged by city officials with the murder of 32-year-old Kate Steinle.

According to a recent poll, 58% want the federal government to cut off funds to cities that provide sanctuary for illegal immigrants, while just 32% disagreed and 10% said they were not sure. Further, 62% of voters said the Department of Justice (DOJ) should take legal action against cities that provide sanctuary for illegal immigrants. Meanwhile, 53% of all voters–including 76% of Republicans–agreed with Donald Trump’s previous comments that illegal immigration increases the level of serious crime in America.

Yet, Senate Minority Leader Harry Reid, D-Nev., blocked a straight up-or-down vote on Kate’s Law, which would impose a mandatory minimum 5-year sentence on illegals caught either in or reentering the country after deportation. Reid’s move, which only prolonged an inevitable vote, followed the blocking of a popular Republican-sponsored bill that would’ve cracked down on sanctuary city policies by threatening to withhold funds to local governments that don’t abide by federal immigration laws. The bill, known as the Stop Sanctuary Cities Act, failed on a 54-45 vote and Republicans failed to peel off a single Democratic vote.

READ ALSO — Putting the Hispanic Vote Myth to Bed, Once and For All

What does all of this mean for Election 2016?

Hillary Clinton has calculated that putting her husband’s old coalition together is too risky for several of the reasons we’ve either argued above, or linked arguments in previous analysis. The campaign believes the Democratic Party has suffered such severe losses among certain voting blocs that the only chance for victory is to cobble together President Obama’s coalition. But there is no evidence to indicate that President Obama’s coalition is an “any Democrat” coalition, and plenty of evidence to suggest otherwise.

Under Obama, the Republican Party has netted 12 governor mansions, and 13 if you consider an independent in Alaska endorsed by Sarah Palin. In Congress, they lost 69 House seats and 14 Senate seats–the latter could’ve been more if not for poor candidates–and the GOP enjoys the largest majority in the former since the early 1920s (Hoover). Further, down ballot, Democrats have lost 910 seats in state legislatures across the country.

Does that sound like a party doomed by demographics, or one benefitting from an increasingly radical opposition party?