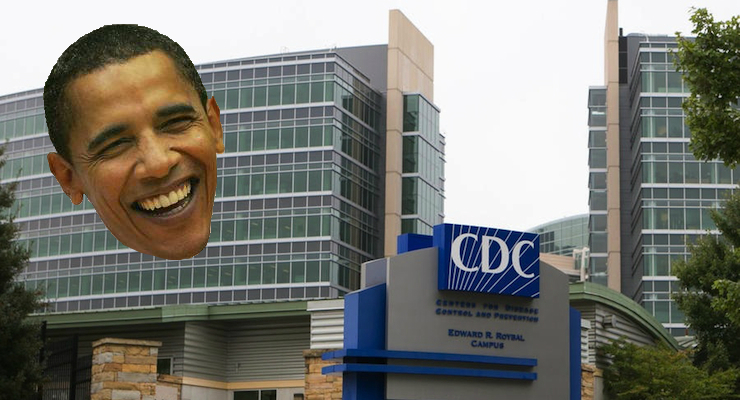 Recently obtained emails reveal top officials at the Centers for Disease Control were deeply concerned over President Barack Obama’s handling of the 2014 border crisis and his immigration policy, overall.

In emails obtained by Judicial Watch and shared with PPD, CDC Logistics Management Specialist George Roark slammed Obama for putting the health of Americans in danger in order to increase Democratic voter rolls.

In an email dated June 9, 2014, Roark wrote to CDC Public Health Advisor William Adams that “no country in the world would allow” the influx of Central Americans, who ultimately did spread serious diseases, including swine flu, dengue fever and tuberculosis. In July 2014, PPD did confirm with the Border Patrol union that many of the illegal immigrants pouring across the U.S.-Mexico border had “active scabies and other illnesses,” including tuberculosis one agent already contracted the mite-borne skin infection.

“Some of the tuberculosis that comes from Central America is drug resistant,” Dr. Marc Siegel, a professor of medicine at New York University’s Langone Medical Center said last year. “It’s not easier to spread but it is harder to treat. I’m concerned about that.”

Adams replied to Roark, stating that “in ten years or less, they’ll all be voting…Commander’s intent…” 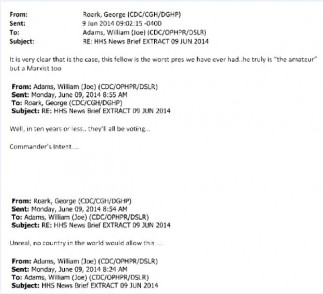 Roark responded by calling Obama “the worst pres we have ever had…he truly is ‘the amateur’ but a Marxist too.”

The reference to “the amateur” is from a book written by Ed Klein, who is known for getting the inside scoop on everyone from the Kennedys to the Clintons. Nevertheless, according to local officials who dealt with the problem hands on, Roark and Adams had reason for concern.

“Border Patrol management is aware of the scabies outbreak but continue to ignore recommendations,” wrote Ronald Zermeno, the health and safety director for the San Diego chapter in a July 4 letter.

The emails were obtained while investigating the activation of the Emergency Operations Center (EOC), which is a special emergency division created after the 2001 terrorist attacks, to handle the flood of tens of thousands of illegal alien minors last summer.