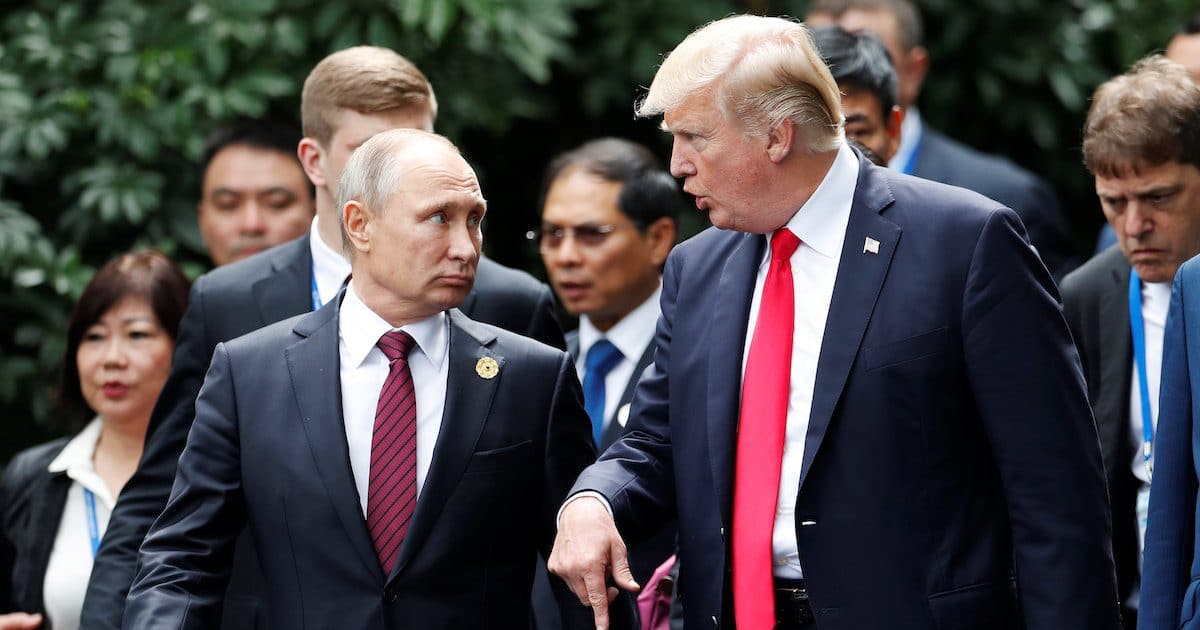 After more than two years and 200 interviews, the Senate Intelligence Committee has found no evidence of collusion between members of the Trump campaign and Russia. The upper chamber’s investigation is now drawing to a close.

“If we write a report based upon the facts that we have, then we don’t have anything that would suggest there was collusion by the Trump campaign and Russia,” Senator Richard Burr, R-N.C., the Chairman of the Senate Intelligence Committee, said in an interview with CBS News last week.

“We know we’re getting to the bottom of the barrel because there’re not new questions that we’re searching for answers to.”

Chairman Burr repeated the claim in a response to NBC News on Tuesday.

“There is no factual evidence of collusion between the Trump campaign and Russia.”

Senator Mark Warner, D.-Va., Ranking Member of the Committee, told reporters on Tuesday that he disagrees with the way Chairman Burr characterized the evidence, but refused to elaborate.

“I’m not going to get into any conclusions I have,” he said.

Worth noting, Big Media and the president’s political enemies have long claimed the Senate Select Committee on Intelligence (SSCI) was “the serious investigation” into Russian interference in the 2016 election.

By contrast, the investigation by the House Permanent Select Committee on Intelligence (HPSCI), which was spearheaded by Representative Devin Nunes, R-Calif., was dismissed as partisan in nature.

Yet, the SSCI was not without controversy in this process and the HPSCI is almost single-handedly responsible for oversight that led to the unveiling of serious abuses to secret spying programs.

Wolfe, 57, of Ellicott City, Maryland, pleaded guilty to one count of making a false statement to special agents of the Federal Bureau of Investigation (FBI) during the course of an investigation into the unlawful disclosure of classified national security information.

Under the plea agreement he reached with federal prosecutors, the government dismissed the remaining counts at sentencing in December.

Meanwhile, the HPSCI concluded in March 2018 that there was “no evidence of collusion” between members of the Trump campaign and Russia, ending the probe a few weeks after then-Acting Attorney General Rod Rosenstein said in a press conference no “American was a knowing participant” in any conspiracy or plot by the Russians to influence the 2016 election.

Democrats disagreed with the report’s findings, which also uncovered spying abuses and slammed the Obama Administration for what they called “a lackluster pre-election response to Russian active measures.”

Section 702 of the Foreign Intelligence Surveillance Act (FISA) allows intelligence agencies to collect information on foreign targets abroad. However, as People’s Pundit Daily (PPD) previously reported, it has been “routinely” abused and misused to spy on domestic targets, including President Trump, his associates and other U.S. citizens.

The Nunes memo revealed that Obama Administration officials at the FBI and Justice Department (DOJ) used false information to obtain a FISA warrant to spy on Team Trump via peripheral advisor Carter Page.

The Foreign Intelligence Surveillance Court (FISC) was not explicitly made aware that the dossier was political opposition research funded by the Democratic National Committee (DNC) and the campaign for Hillary Clinton.

Christopher Steele, a former MI6 British Intelligence Officer and author of the dossier, was notably the head of the Russia desk at MI6. He almost exclusively compiled the dossier using Kremlin sources connected to Russian President Vladimir Putin.

Democrats attempted to counter the damning Nunes memo by releasing their own, largely authored by Representative Adam Schiff, D-Calif., the now-Chairman and then-Ranking Member of the HPSCI. But the now discredited memo not only didn’t refute the central and most serious charges in the Republican memo, but actually confirmed them.

It sought to explain away the use of the Kremlin-sourced dossier and erroneously claimed it only played a part in obtaining the FISA warrant.

Rep. Nunes flatly said the release of the Democratic memo was an attempt to cover up FISA abuses.

He also said they had a “strategic goal to sow discord in the U.S. political system, including the 2016 presidential election,” but at times moved to help various candidates.

That assessment is backed by Justice Department admissions and allegations in recently unsealed indictments, which stated Russian efforts “did not exclusively adopt one ideological view” and even pushed “opposing perspectives.”

President Trump tweeted about the findings on Wednesday.