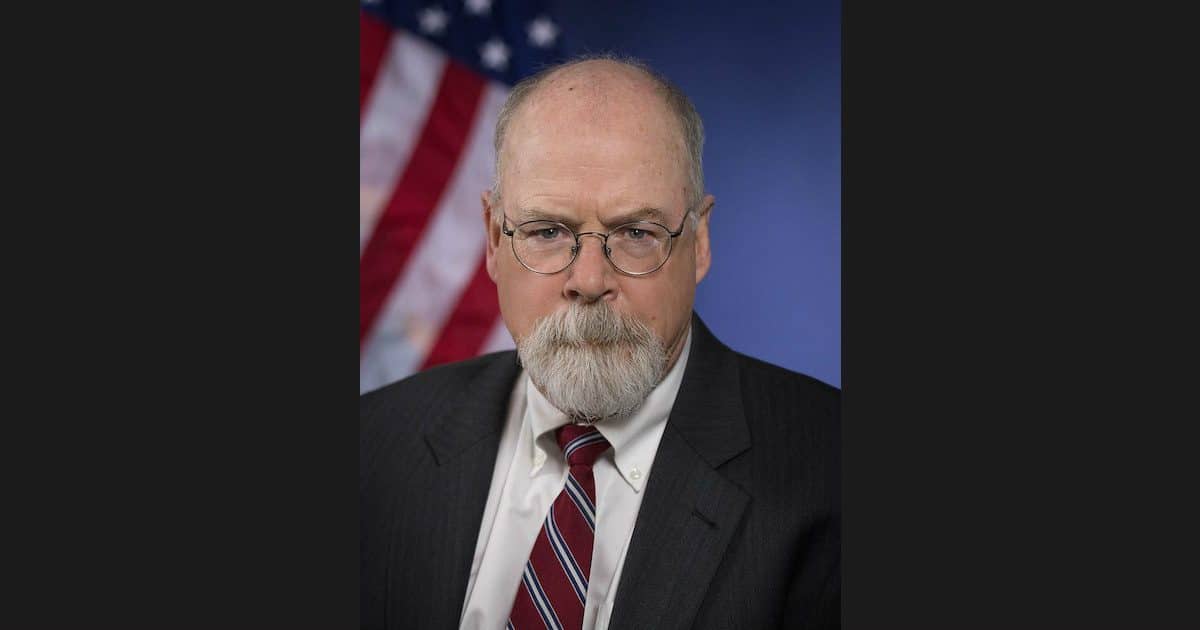 Attorney General William Barr assigned U.S. Attorney John H. Durham in Connecticut to investigate the origins of and potential wrongdoings in the Russia probe. The appointment comes shortly before the expected release of the review conducted by Inspector General Michael Horowitz.

U.S. Attorney Durham, the 52nd U.S. Attorney for the District of Connecticut, has a long history of serving as a special prosecutor and investigating the wrongdoings of national security officials. That includes the Federal Bureau of Investigation (FBI) and Justice Department (DOJ).

From 1998 to 2008, he served as a Special Attorney for the District of Massachusetts and Head of the Justice Task Force. Then-U.S. Attorney General Janet Reno appointed Mr. Durham to review alleged criminal conduct by FBI personnel and law enforcement corruption in Boston.

He led the prosecution of former FBI Supervisory Special Agent John J. Connolly Jr. and a former Massachusetts State Police Lieutenant, both of whom were tied to James “Whitey” Bulger.

From 2008 to 2012, Mr. Durham also served as the Acting U.S. Attorney for the Eastern District of Virginia. In 2008, he was appointed by then-Attorney General Michael Mukasey to investigate the destruction of videotapes of detainee interrogations by CIA. In 2009, then-Attorney General Eric Holder appointed Mr. Durham to investigate the CIA’s use of so-called “enhanced interrogation techniques.”

President Donald Trump and Republican lawmakers have long called for the investigation. The entire upper echelon of the FBI and DOJ have been removed, either by firing, prosecution or resignation.

Inspector General Horowitz, who previously reviewed the handling of the investigation into Hillary Clinton’s use of a private email server, has been investigating the Obama Administration’s conduct relating to the genesis of the Russia probe. He referred former and now-fired FBI deputy director Andrew McCabe to the U.S. Attorney in D.C. for criminal prosecution.

Mr. Horowitz said in his testimony before Congress in June 2018 that he was even more concerned by the preliminary findings in the review of the department’s handling of the Russia investigation.

Peter Strzok, the former head of counterintelligence at FBI who was at the center of the probe pivot from Midyear Exam (Clinton case) to Crossfire Hurricane (Russia), was fired shortly after. Lisa Page, FBI lawyer and Mr. Strzok’s lover, resigned in disgrace alongside FBI general counsel Jim Baker.

Attorney General Barr said in testimony before a U.S. Senate committee on April 10 that he does “think spying did occur” in the 2016 election.

“I think spying on a political campaign is a big deal,” Mr. Barr said in a back and forth exchange with Senator Jeanne Shaheen, D-N.H., who asked if he believed the FBI spied on members of the Trump campaign.

“Yes, I think spying did occur,” he responded. “But the question is whether it was predicated, adequately predicated.”

The remarks were made during Attorney General Barr’s first appearance before lawmakers since he released “principle conclusions” summarizing the findings of Special Counsel Robert Mueller’s investigation into Russian interference in the 2016 election.

On March 22, the Special Counsel concluded his investigation and submitted his confidential report to Attorney General Barr per department regulations.

At a press conference with Deputy Attorney General Rod Rosenstein, Attorney General Barr said “the bottom line” is the Special Counsel found no evidence of collusion and no corrupt intent to support obstruction of justice.

“As the report states: ‘[T]he investigation did not establish that members of the Trump Campaign conspired or coordinated with the Russian government in its election interference activities,’” Attorney General Barr said.

“After carefully reviewing the facts and legal theories outlined in the report, and in consultation with the Office of Legal Counsel and other Department lawyers, the Deputy Attorney General and I concluded that the evidence developed by the Special Counsel is not sufficient to establish that the President committed an obstruction-of-justice offense.”

As People’s Pundit Daily (PPD) first reported in March 2017, and has repeatedly reported since, officials at FBI and DOJ used the cover of a counterintelligence investigation to spy on members of the Trump campaign.

Heavily-redacted documents used to justify the FISA warrant application to spy on Carter Page confirmed crucial details of the memo largely prepared by Rep. Devin Nunes, R-Calif., then the Chairman of the House Permanent Select Committee on Intelligence (HPSCI).

That includes the allegation that the FBI and DOJ relied upon the infamous and now discredited dossier put together by former MI6 British intelligence agent Christopher Steele.

Numerous reports and witness testimony also indicate the FBI attempted to plant confidential informants within the campaign’s circle during the investigation.