HomeNewsWorldRemember The Battle For Tikrit

Remember The Battle For Tikrit 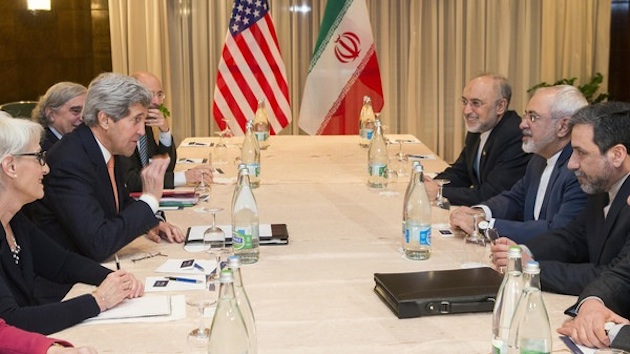 Iraqi military forces and Iran-backed Shiite militias entered central Tikrit last Tuesday, declaring it “liberated” from the Islamic State of Iraq and Syria (ISIS). The battlefield success, which came just 10 days after launching the major offensive, marks Iran’s latest victory in what has thus far been an unimpeded effort to rebuild a lost Persian empire.

Marwan al-Jabara, a tribal spokesman in the Salaheddin province, told Al Arabiya News Channel that Iran’s Shiite-trained forces managed to reach the center of Tikrit after heavy clashes in which “dozens of ISIS militants were killed.”

IRGC Major General Qassem Suleimani, a man also known as the “Dark Knight” and commander of the Quds force, is no longer in hiding but rather openly being celebrated by Iraqi forces following the victory. Suleimani, who directed Iranian proxies fighting against U.S. troops during the second Iraq War, can be seen posing in battlefront photos with Iraqi and Shiite fighters, sipping tea, and hanging out with Iraq’s elderly.

At the height of the Iraq War, Iran was estimated to have roughly 30,000 agents in the country helping to plant IEDs and carry out attacks on coalition troops. Suleimani is responsible for the deaths of hundreds of American soldiers in Iraq, yet today he is the liberator of Tikrit.

While we often hear media outlets refer to Tikrit as the birthplace of Iraq’s former dictator Saddam Hussein, for both Shiite and Sunni Muslim fanatics it has the far more important distinction of being the birthplace of famous Muslim military commander Saladin. A Muslim of Kurdish origin, Saladin founded the Ayyubid dynasty in the 12th century, led Allah’s armies in the Levant, and defeated the Crusaders at the Battle of Hattin in 1187. The victory was so decisive it paved the way for the Muslim recapture of Palestine.

The battle for Tikrit, including the presence and role of Suleimani, marks a turning point for Iran’s role in Iraq and the entire Middle East region. For onlookers and experts, the regime’s play for Tikrit — and, soon Baghdad — is all too familiar. It is the same “highly organized geo-strategic and ideological effort by Iran to protect its ally in Damascus and project power within Syria, Iraq, and across the Middle East,” says Phillip Smyth, a researcher at the University of Maryland and policy expert on Shiite Jihad.

This Shiite jihad engineered by Iran has not stopped in Syria,” Smyth said. “When the Islamic State of Iraq and al-Sham (ISIS) made its startling gains in Iraq earlier this year, many Shiite veterans of the war in Syria redeployed to Iraq.”

While Iraqi forces alongside Iran’s Shiite militias today celebrate their military successes at Tikrit, Iranian officials see a string of both strategic military and political victories as evidence they are winning a decades-long struggle with a now-tired West.

Ali Younesi, an adviser to current Iranian President Hassan Rouhani and former Minister of Intelligence under former President Mohammed Khatami, said that Iran’s historic Persian empire has been restored with Baghdad as its capital.

“Iran today has become an empire like it used to be throughout its history and its capital now is Baghdad,” Younesi said during a talk in the Forum of Iranian Identity in Tehran on Sunday. “It [Baghdad] is the center of our civilization, culture and identity, today as it was in the past,” adding “the geography of Iran and Iraq is not to be divided and our culture is not to be separated.”

Indeed, in Iraq many former Shiite fighters have “traded in their fatigues for tailored suits,” using their jihad resume in Syria as a powerful campaign message to win seats in Iraq’s parliament. As a result, the Iraqi legislative body established and stabilized by the U.S. is now being used to further policies that benefit Iran’s Pan Shiism ideology.

“That’s why either we fight together or become united,” Younesi said. “All of the area of the Middle East is Iran, we shall protect all of the nationalities in the area because we consider them to be a part of Iran and we shall stand against [Sunni] Islamic extremism, takfirism, atheism, neo-Ottomans, the Wahhabis, the West and Zionism.”

He pointed to Tehran’s influence and support of Iraq’s Shiite government, adding “our historic rivals which include the successors of the eastern Byzantines and the Ottomans are not satisfied with our support to Iraq,” a blatant reference to Turkey’s concern over Iran’s expansionism.

Younesi’s remarks may sound like nothing more than rhetorical token throwbacks to the Persian Sassanid Empire, but he isn’t the first official — Iranian or American — to make such a claim regarding Tehran’s growing influence and power in the region.

Chairman of the Joint Chiefs of Staff General Martin Dempsey said under oath this week at a Senate hearing that Iran’s proxy Shiite militias accounted for the overwhelming majority of forces fighting ISIS to take back Tikrit. Out of roughly 25,000 fighters, 20,000 are from militias funded and trained by Iran.

Smyth estimates the number of Shiite fighters in Iraq today falls somewhere between 70,000 to 100,000, noting “they run ministries in Iraq today with their own security apparatus.” He cites the appointing of Mohammad Ghabban from Suleimani’s Badr militia as the new Iraqi interior minister as evidence their efforts are bearing fruit.

Iran-backed Shiite Houthi rebels, whose official slogan is “Death to Israel. Death to America,” seized control of Yemen’s capital and forced the resignation of U.S.- and Saudi-backed former President Abed Rabbo Mansour Hadi. Sources at the State Department told PPD in February that Obama administration officials believed they had successfully negotiated a deal with the Houthi rebels through Iran to keep the U.S. Embassy open in Sanaa.

In exchange for allowing U.S. intelligence and State Department personnel to remain at the U.S. Embassy in Sanaa — with the primary purpose to conduct counterterrorism operations targeting al Qaeda in the Arabian Peninsula (AQAP) — the Obama administration, desperate to strike a nuclear deal with Iran, agreed not to interfere with the Iran-backed coup.

The sources, who were validated by leaked emails, indicated the Obama administration not only sold out an important ally in the war on terror, but also that they did so behind the back of another key Arab ally — Saudi Arabia.

The death of Saudi King Abdullah and the fall of Yemen to Iran’s proxy militia group was characterized as a “worst case scenario” by one top Saudi diplomat, as Iran’s ability to extend its reach and influence in the region has never been so great. Abdullah’s biggest priority was to confront Iran across the Gulf, and he was extremely concerned regarding Iran’s nuclear program. In a leaked document, he warned the administration not to trust the talks, but rather urged them to take military action to “cut off the head of the snake.”

Abdullah served as an important Arab voice for U.S.-Arab allies, who are long-frustrated by the administration’s inaction on Syria, Iran and Iraq. Despite the best efforts of Egyptian President el-Sisi and Jordan’s King Abdullah, the possibility of raising an Arab army to confront the Islamic State hinges upon a commitment by the U.S. and the West to deal with the Syrian regime, a commitment that would certainly serve as a deal-breaker for Tehran regarding the nuclear talks.

“King Abdullah did not like President Obama,” said NBC News’ Chief Foreign Correspondent Richard Engel. “In fact, a lot of people I know who are quite close to the late King Abdullah said that the King could not stand President Obama because the president was supportive of the Arab Spring, and because the president did not support Hosni Mubarak in Egypt, in fact turned his back on Hosni Mubarak in Egypt.”

According to officials, Hadi received the same treatment as Mubarak from the Obama administration in order to preserve the nuclear negotiations with Iran. Unfortunately, Iran did not deliver on their promise to allow the U.S. Embassy in Sanaa to remain open, raising several equally disturbing questions, including whether the Obama administration has prioritized a nuclear deal that contains a sunset provision and threshold nuclear capabilities, over the defeat of the Islamic State.

U.S. allies in Egypt, Jordan, and Saudi Arabia all appear convinced the administration has already made that call, a call that ensures Tehran will have the ability to build both a bomb, and a new Persian empire in the Middle East. When historians peer back at the battle for Tikrit, they will certainly view it to be a pivotal turning point for Iran in the region.

“Indeed,” Smyth said. “The real victor of the Syrian war and in Iraq has been Iran, a triumph for which the Islamic Republic has its militia forces to thank.”