HomeNewsPoliticsEXCLUSIVE: Obama’s State Department Got Swindled By Iran In Yemen

EXCLUSIVE: Obama’s State Department Got Swindled By Iran In Yemen 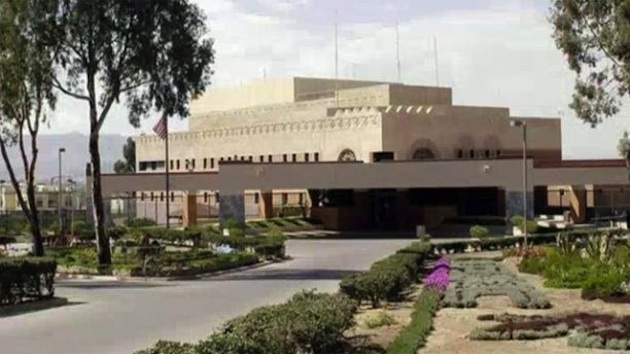 President Obama and top State Department officials believed they had negotiated a deal with the Houthi rebels through Tehran, which would have allowed them to keep personnel at the U.S. Embassy in Yemen.

Prior to the evacuation, Iran-backed Shiite Houthi rebels, whose official slogan is “Death to Israel. Death to America,” seized control of the capital and forced the resignation of U.S.- and Saudi-backed former President Abed Rabbo Mansour Hadi.

The remaining members of his government soon followed suit, and Parliament was dismantled shortly after.

It was a stunningly embarrassing development the White House struggled to explain, which came less than one year after President Obama cited the Arab world’s poorest country as the model for how he and his administration plan “to degrade and ultimately destroy” the Islamic State (ISIS).

Observers slammed the administration for their handling of the crisis, which led to a hasty evacuation that forced U.S. Marines and other military personnel to destroy or render inoperable their weapons before boarding a commercial (not military) aircraft.

“On a tactical level, just sort of explaining the evacuation it’s humiliating,” said syndicated columnist Charles Krauthammer. “And this is after Benghazi. It isn’t as if we didn’t know what was going to happen.”

But according to officials, the Obama administration was fully aware that the Shiite-led coup would be successful. They just didn’t think the eventual order to evacuate was going to be necessary.

In exchange for allowing U.S. intelligence and State Department personnel to remain at the U.S. Embassy in Sanaa — with the primary purpose to conduct counterterrorism operations targeting al Qaeda in the Arabian Peninsula (AQAP) — the Obama administration agreed not to interfere with the Iran-backed coup. The sources indicate the Obama administration not only sold out an important ally in the war on terror, but also that they did so behind the back of another key Arab ally — Saudi Arabia.

King Abdullah, who died just before the final stages of the coup were complete, was extremely concerned by Obama’s willingness to negotiate with Tehran over their nuclear program. In a leaked State Department memo, the former Saudi king pushed the United States to take military action to “cut off the head of the snake,” preventing Iran from obtaining a nuclear weapon.

He also pushed the Obama administration to take a stand against Iran and to back the majority Sunni rebels fighting to overthrow Syrian President Bashar Assad, but Obama refused to enforce his own “red line.”

“King Abdullah did not like President Obama,” said NBC News’ Chief Foreign Correspondent Richard Engel. “In fact, a lot of people I know who are quite close to the late King Abdullah said that the King could not stand President Obama because the president was supportive of the Arab Spring, and because the president did not support Hosni Mubarak in Egypt, in fact turned his back on Hosni Mubarak in Egypt.”

According to officials, Hadi received the same treatment as Mubarak from the Obama administration in order to preserve the nuclear negotiations with Iran. Unfortunately, Iran did not deliver on their end, raising several equally disturbing questions, including whether the regime in Tehran is negotiating with the West in good faith or if Western leaders are grossly misjudging their intentions.

“It wasn’t hasty,” Psaki said during a Feb. 12 interview. “We had been planning these [evacuation procedures] for weeks and everybody was following the proper protocol put in place for the advance.”

But a Feb. 8 email obtained by Catherine Herridge reveals Ambassador Matthew Tueller, under the direction of Under Secretary of State for Management Patrick Kennedy, ordered embassy staff in Sanaa to preserve the main communication link with Washington, known as OpenNet, further supporting the claim that they never intended to evacuate. When it became clear that evacuation was necessary — which, according to sources, is when officials came to grips with the reality that Tehran either couldn’t or didn’t deliver — officials began to panic.

“We need to quickly think about the plan for destroying/sanitizing the OpenNet data that is still in Sanaa,” the email from a supervisor said. “I am a little worried it is still out there.”

It is unclear whether France and the United Kingdom — who were both forced to evacuate their embassy locations, as well — were operating under the same assumption as the White House. British Prime Minister David Cameron is as equally desperate as the Obama administration to close a nuclear deal with Iran, and perceivably could have believed that their new-found relationship with the regime in Tehran would gain them favor with the Shiite Houthi rebels.

But, obviously, that wasn’t the case. It now remains an open question whether the repeated decision to delay or push back the deadline for negotiations is yet another attempt by the regime to swindle desperate leaders in the West.