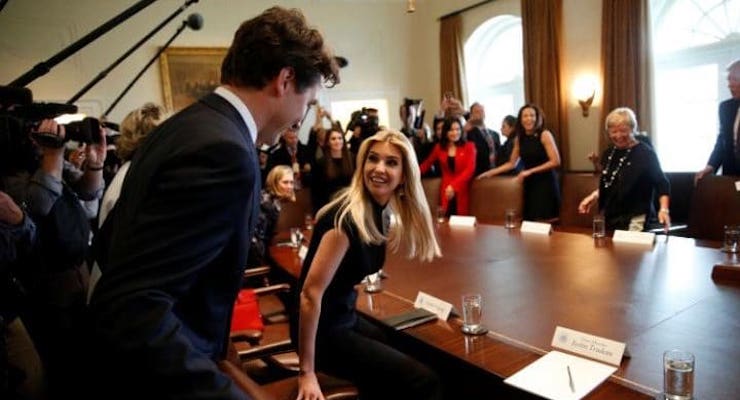 What federal program is most sacrosanct, even though it delivers poor results?

Those are all good answers, and you could also add housing subsidies, the drug war, and lot of other example to the list of programs that enjoy lots of political support even though they produce bad results.

But I’m guessing that the activity that has the greatest level of undeserved support is government intervention for “pre-K” kids, with Head Start being the most prominent example.

I haven’t written about the failure of that particular program since 2013, which is unfortunate because two of the most compelling visuals about Head Start were released in 2014.

First, this AEI research reveals that the supposed academic consensus for the program evaporates under close examination.

Second, this table from an article in National Affairs shows that the program doesn’t produce long-run benefits.

Yet these empirical results don’t seem to influence the debate. Every year, programs such as Head Start get funded because politicians only seem to care about intentions.

And positive headlines for themselves, of course. After all, we’re supposed to believe that they care about kids because they spend other people’s money on programs with nice goals.

With this as background, now let’s zoom in on a specific example of how supposedly good intentions in this field translate into occupational restrictions that have very bad results for the less fortunate people in society.

The Washington Post reports that the city’s local government has decided that additional regulation is needed to boost the quality of programs for pre-K kids.

More than a decade after Washington, D.C., set out to create the most comprehensive public preschool system in the country, the city is directing its attention to overhauling the patchwork of programs that serve infants and toddlers.  The new regulations put the District at the forefront of a national effort to improve the quality of care and education for the youngest learners. City officials want to address an academic achievement gap between children from poor and middle-class families that research shows is already evident by the age of 18 months.

And what exactly did the city government propose to achieve these nice-sounding goals?

The District set the minimum credential for lead teachers as an associate degree… The deadline to earn the degree is December 2020. New regulations also call for child-care center directors to earn a bachelor’s degree and for home care providers and assistant teachers to earn a CDA.

Gee, this sounds nice. Don’t we all want the best-trained staff so that we can get the best outcomes for kids?

Yes, but let’s consider costs and benefits. Especially, as noted in the article, costs that are imposed on people without a lot of money who are working at childcare centers.

…for many child-care workers, often hired with little more than a high school diploma, returning to school is a difficult, expensive proposition with questionable reward. …prospects are slim that a degree will bring a significantly higher income — a bachelor’s degree in early-childhood education yields the lowest lifetime earnings of any major.

And poor people without a lot of money who are clients of childcare centers.

Many parents in the District are maxed out, paying among the highest annual tuitions nationally, at $1,800 a month.

And taxpayers who pick up part of the cost.

In other words, imposing this kind of mandate will be rather expensive, especially for lower-income Washingtonians who either work at these centers of send their children to them.

That’s the cost side of the equation. Now let’s look at the benefits.

Except there’s no real-world evidence included in the article. Instead, all we get it some theorizing.

…a 2015 report by the National Academies that says the child-care workforce has not kept pace with the science of child development and early learning. From the first days of life, learning is complex and cumulative, the report says. Infants are capable of abstract thought, forming theories about what is happening in the physical world and whom to trust. Scientists concluded that teachers need the skills and insight to offer the kinds of learning experiences that challenge them and make them feel safe. They need tools to diagnose and intervene when they see learning or emotional problems. And they need literacy skills to introduce young learners to an expansive vocabulary, exposure many children do not have at home and are not getting in day care.

Scott Shackford of Reason is appropriately skeptical about this regulatory scheme.

Scientists say that higher education for pre-school child-care workers is a good idea. So of course D.C. is going to make it mandatory that child-care workers get associate’s degrees and completely screw over an entire class of lower-skilled workers. …The news story doesn’t engage in the question of why parents can’t decide for themselves how important it is for their child-care workers to have advanced degrees. Perhaps that’s because early education advocates might not like the answers, once the realities of the likely cost increases get factored in. …such a subsidy plan would not do much for lower-income families. And so not only would poorer families be even less able to afford child care, they’re also going to be locked out of jobs within the industry itself.

Though he does identify one group that would benefit.

To be sure, this D.C. law is a jobs program—it’s a jobs program for people who work in the field of post-secondary education itself. Nothing like using a regulatory mandate to create a demand for your educational services that might not exist otherwise. The story makes it abundantly clear that advocates for increased education of child-care workers—who, wouldn’t you know it, work in the field of education—want to spread this program well beyond D.C.’s borders.

And there’s another group of beneficiaries. The new DC regulations will be good news for childcare workers who already have college degrees. That’s because the city government is using a form of licensing to force competing workers out of the market (as Scott pointed out, the new rules “screw over…lower-skilled workers”). And that means that the college-educated workers will have more ability to extract higher salaries.

Just as unions urge higher minimum-wage mandates in order to undermine competition from other workers.

In other words, this is a classic “public choice” case study of a couple of interest groups using government coercion to unfairly line their pockets.