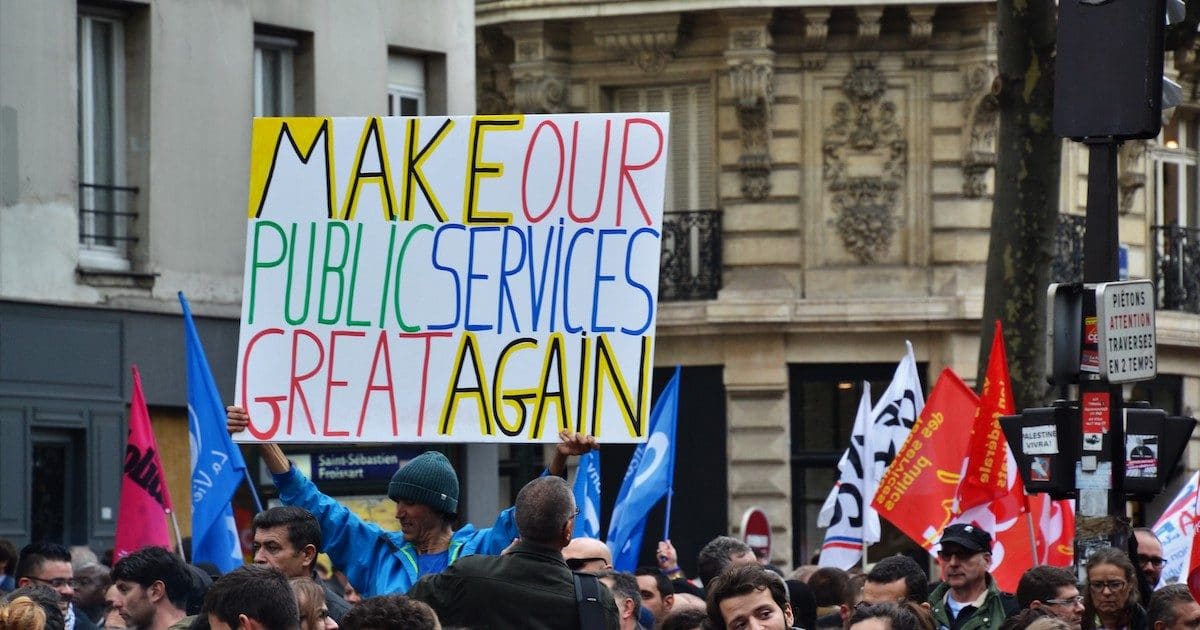 My multi-part series on Socialism in the Modern World has featured Venezuela, the Nordic nations, and Greece.

But no discussion of dirigiste policy would be complete without a look at France.

After all, not only does France have a history of imposing 100-percent-plus tax rates, it also hold the dubious honor of being Europe’s biggest welfare state.

And it has the highest overall burden of government spending.

These are not good numbers, especially when you consider the demographic changes that are happening in Europe.

Sadly, there’s a long history of French statism. Andras Toth of the Carl Menger Institute explained some of the France’s grim economic history.

If there is an example of a dirigiste, interventionist state, then that is France in Europe. France was the birthplace of the mercantilist, absolutist monarchy in the early modern period. …the practice of mercantilist protection and monopolization of key industries, including the state-mandated “industrial development policies” …Under the rule of the famous finance minister, Jean-Baptiste Colbert… France sank into a series of crises and lost her preeminent position in Europe. …The modern French state is the stepchild of the political culture of the Bourbons. It is the prime example of dirigisme. It redistributes as much as 56 percent of annual GDP and imposes the highest tax burden in Europe. The French state directly manages key industries and sustains one of the largest welfare states in Europe. It also imposes complicated bureaucratic red tape on economic actors, trailing way behind the Scandinavian states and Germany as far as ease of business is concerned.

Though he also explains that the current president seems to understand that France needs less government and more economic freedom.

Macron was the first French politician to build his election campaign on reform and competitiveness in order to keep up France’s position in the world. Those who voted for him knew what to expect. As a member of Hollande’s team, he proposed increasing the work week from 35 to 37 hours to lessen the tax burden on higher incomes, and the competitiveness package he developed aimed to lessen the protection of workers and companies in order to promote growth. …France is again at a crossroads: She has to choose between the policies of Jean-Baptiste Colbert and those of Anne-Robert-Jacques Turgot, the great French liberal economist who was the economic minister of France between 1774 and 1776 and who argued for free trade, less taxation, and less regulation.

I also sympathize with what Macron is trying to achieve, at least with regard to domestic reforms.

But I fear it may be too little and too late.

Especially since the New York Times reports that Macron is increasingly unpopular.

…attacks…that Mr. Macron is a self-seeking servant of society’s fortunate… The undisguised hostility has made clear that, less than a year into this new presidency, anti-Macron sentiment is emerging as a potent force. It is being fueled by a pervasive sense that Mr. Macron is pushing too far, too fast in too many areas — nicking at the benefits of pensioners and low earners, giving dollops to the well-off and slashing sacred worker privileges.

Though he does deserve some of his unpopularity. He imposed green taxes late last year that triggered nationwide riots from motorists and other unhappy citizens.

But he’s also unpopular for some of his good policies, which leads me to fear that France may be past the tipping point, meaning that genuine and meaningful reform no longer is possible because too many voters are on the government teat.

I hope that’s not the case. France used to be one of the most wealthy and powerful nations in the world. But now its living standards are barely average according to the OECD’s AIC numbers.

Because of the ongoing debate about what the term actually means, it’s unclear whether France’s tepid economic performance can be blamed on socialism.

But we shouldn’t doubt that the country is paying a considerable price for having too much government.

Socialism in the Modern World, Part III: The Tragedy of Greece in Five Charts