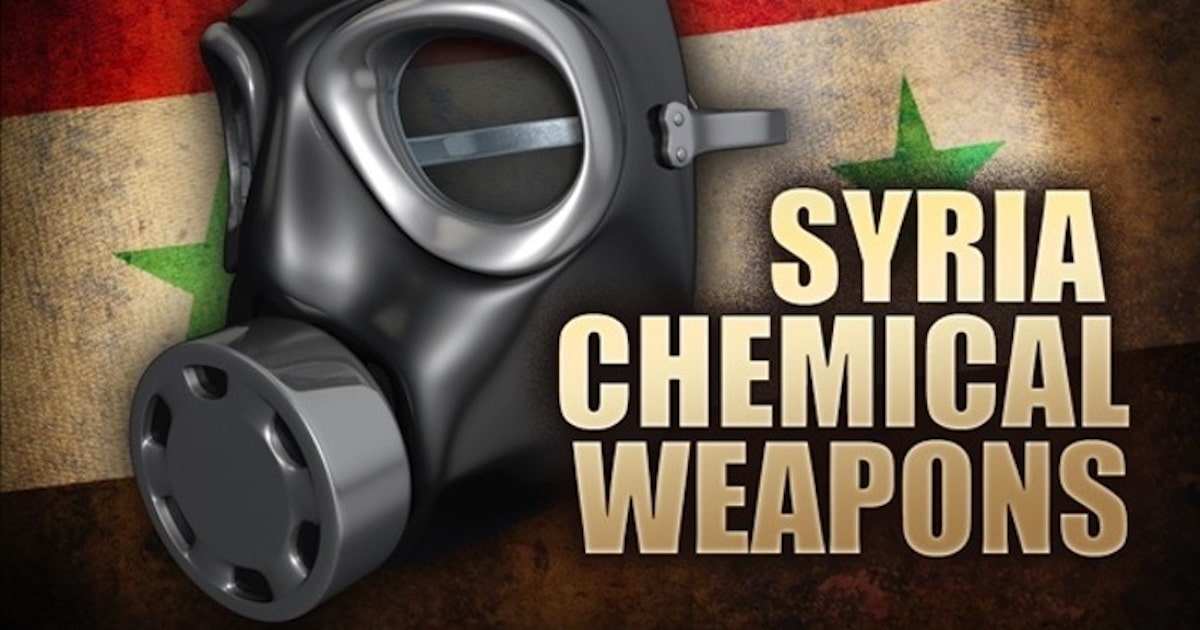 On April 7, 2018, the Syrian government under Bashar al-Assad allegedly carried out a chemical weapons attack against rebel forces in Douma, Syria. In response, the United States (US), United Kingdom (UK), and France carried out airstrikes against government targets on April 14.

The Organisation for the Prohibition of Chemical Weapons (OPCW) sent a team to investigate the widely-condemned attack, largely alleged by the rebels and backed by their western allies.

The OPCW Fact-Finding Mission (FFM) claimed their findings “provide reasonable grounds that the use of a toxic chemical as a weapon took place. This toxic chemical contained reactive chlorine. The toxic chemical was likely molecular chlorine.” (2.17)

However, newly-leaked documents and whistleblower allegations cast serious doubt on the credibility of the OPCW, the FFM, and their findings involving the alleged chemical weapons attack in Douma, Syria.

A previously leaked engineering assessment conducted by Ian Henderson, which did not support the findings, was omitted in the final report. Mr. Henderson refuted key findings surrounding the industrial cylinders found at both locations.

He concluded it is unlikely the cylinders were dropped by air, a delivery method implicating the Assad Regime.

In October, the anti-secrecy group WikiLeaks published a statement made by a panel that listened to testimony and reviewed evidence from a whistleblower, and the engineering assessment.

“The convincing evidence of irregular behaviour in the OPCW investigation of the alleged Douma chemical attack confirms doubts and suspicions I already had,” Dr José Bustani, the first Director-General of the OPCW and member of the panel said. “Even official reports of investigations seemed incoherent at best.”

“The picture is certainly clearer now, although very disturbing.”

The panel called upon the OPCW to allow “all inspectors who took part in the Douma investigation to come forward” at a forum for the States Parties to the Chemical Weapons Convention.

On November 23, WikiLeaks published an internal email dated June 22, 2018, in which a member of the fact-finding mission expressed “grave concern” about the redacted report.

The author of the email addressed to Chief of Cabinet Robert Fairweather accuses the OPCW of misrepresenting the facts by selectively omitting evidence. The email also reveals this deception was done “at the best of the ODG,” or the Office of the Director General.

At that time, the position if ODG was held by Turkish diplomat Ahmet Üzümcü, who has since been replaced by Fernando Arias of Spain.

The email also mentions there is “a major deviation from the original report” regarding whether there was sufficient evidence to determine the presence of “chlorine, or another reactive chlorine-containing chemical.”

The March 20 memo states the final report “did not reflect the views of the team members that deployed to Douma.” Of the original FFT members, only one allegedly contributed to the final version of the report. It reflects the views of an almost entirely new team referred to as the “FFM core team.”

“In subsequent weeks I found that I was being excluded from the work, for reasons not made clear,” the author of the memo states.

“In conclusion, I must stress that I hold no opinion, interest or strong views on the technical part of the matter, nor any interest in the political outcomes. My interest is in sound technical rigour; the science, engineering and facts will speak for themselves.”

Remove All Traces of Ian Henderson

On Friday, WikiLeaks released an email exchange dated February 27 – 28. Sebastien Braha, Chief of Cabinet at the OPCW, instructs the team to “remove all traces” of the engineering report written by Mr. Henderson from the secure registry.

Again, Mr. Henderson concluded that the industrial cylinders were likely manually placed at both locations, not airdropped.

Another leaked document details the minutes from a June 6, 2018, meeting between four OPCW staff members and “three Toxicologists/Clinical pharmacologists, one bioanalytical and toxicological chemist”.

The purpose was to assess whether exhuming the victims’ bodies would be necessary, and “whether the symptoms observed in victims were consistent with exposure to chlorine or other reactive chlorine gas.”

The OPCW team did not have direct access to examine dead bodies. Members could not enter Douma until two weeks after the incident. But more importantly, “the symptoms observed were inconsistent with exposure to chlorine and no other obvious candidate chemical causing the symptoms could be identified”.

“With respect to the consistency of the observed and reported symptoms of the alleged victims with possible exposure to chlorine gas or similar, the experts were conclusive in their statements that there was no correlation between symptoms and chlorine exposure.”