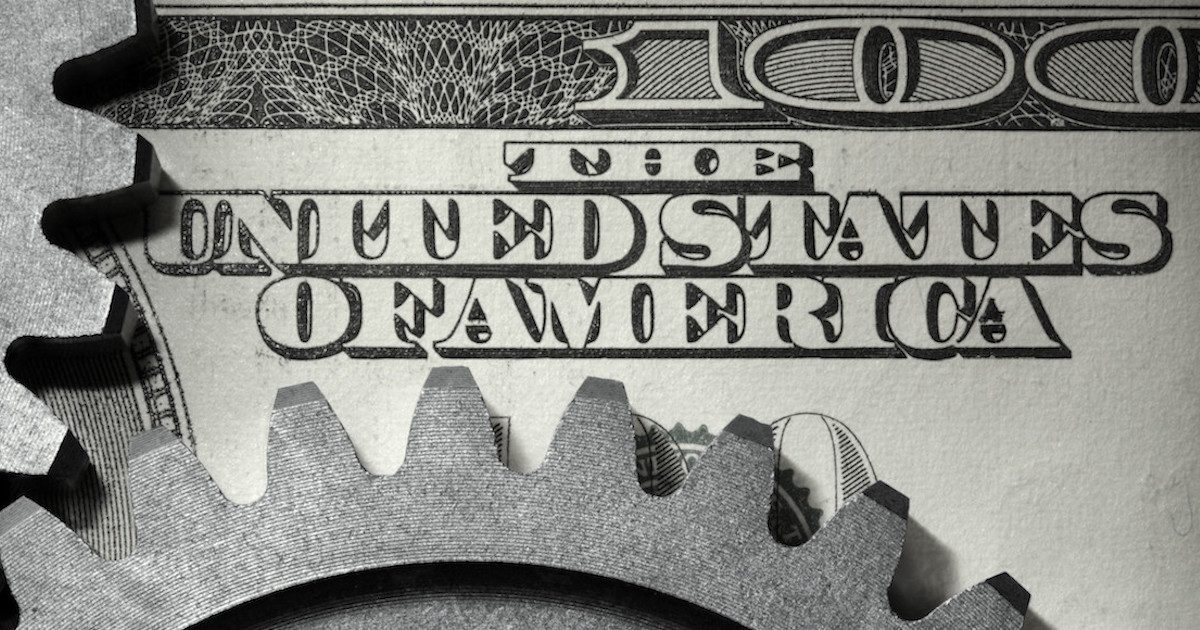 The U.S. economy continues to hum along at levels not seen since the Great Recession, though you’d never know it listening to Big Media. The data from the economic calendar–all of which we cover at People’s Pundit Daily (PPD)–is fundamentally strong.

Clearly, some of the post-2016 optimism waned if only temporarily as a result of what we are calling Coverage-Induced Chicken Little Syndrome.

Looking at the totality of the data, there’s more than a solid argument to make that coverage bordering on hysteria has repeatedly hurt confidence and sentiment.

Lets recap gross domestic product, consumer-related indicators, as well as data on both the housing market and labor market.

The Bureau of Economic Analysis (BEA) late last month said GDP for the fourth quarter (Q4) 2018 came in at a solid 2.6%, beating the consensus forecast.

Guess which measurement the media chose to focus on?

Consumer confidence bounced back big time in February, rising 9.7 points from an already elevated reading of 121.7 in January to 131.4 (1985=100), crushing the consensus forecast.

This solid gain followed what was a temporary decline in January resulting from “temporary shock,” or fear-mongering during the partial government shutdown.

This is not just speculation. The hard data backs the soft derived from the monthly indicators on consumer sentiment and confidence.

The personal savings rating–which declined steadily from 7.0 in January 2018 to 6.1 in November 2018–shot up to 7.6 in December. American consumers were scared into lowering spending habits even as gains in personal income (1.0%) more than tripled the consensus (0.3%).

Now the fear has subsided, Consumer Comfort surged over the past two weeks to a new high for this cycle and the highest since the 2000 bubble.

The headline nonfarm payrolls increase of 20,000 in the February jobs report was a big miss from the consensus. That said, there were strong positives in the report that were completely ignored.

First, the unemployment rate fell 0.2% to 3.8%, including a new low for Hispanic Americans, and it wasn’t driven by labor force exits.

In Q4 2018, workers’ wages saw the largest gain since Q3 2008, marking the first time in more than a decade wages and salaries broke 3%. Labor force participation, which held firm in February, is now at the highest level since 2013.

Given the significant discrepancy between the ADP National Employment Report, it wouldn’t at all be surprising to see big revisions to the government report in March, along with a solid number for that month.

The payroll processor said earlier this weekU.S. private sector employment increased by 183,000 jobs in February, beating out the consensus forecast. For January, the total number of jobs added was revised up 87,000 from 213,000 to 300,000.

We also learned that labor productivity rose 1.9% to beat the consensus, and jobless claims have improved from a temporary increase to levels still indicating a very tight labor market.

Under the previous administration, the Small Business Optimism Index repeatedly found job creators citing the tax and regulatory environment to as the number one challenge to hiring.

Now, it’s the skills gap, a story the media has missed at our peril since just after the passage and signing of the Tax Cuts and Jobs Act (TCJA).

While media chose to focus on lagging existing home sales, more recent data began to back up the big boost we saw in builder confidence for February.

Homeownership is now at the highest level since 2014 and the mortgage delinquency rate is at an 18-year low.

Not only are buyers looking and finding, but sellers are getting their price. The median home price rose 5.0% to $318,600.

Millions of working Americans have never experienced a real era of economic prosperity nor the potential for one. But it is wholly possible they will be robbed of one if we continue spreading Coverage-Induced Chicken Little Syndrome.

There is more critical economic data due before the end of the quarter, including retail sales for February and the CPI-PPI combo due out this week.

The final reading for Q4 GDP, coupled with corporate profits, will be released before the end of the month on March 28.