A judge presses down on an “Approved” stamp to approve an application before the court. (Photo via Andrey_Popov/Shutterstock /Fair Use)

The newly-released documents used to justify the FISA warrant application to spy against Carter Page confirm crucial details of the memo largely prepared by Rep. Devin Nunes, R-Calif., and other Republicans on the House Permanent Select Committee on Intelligence (HPSCI).

The heavily-redacted documents make it clear the FBI and DOJ — in order to obtain the FISA warrant to spy on Mr. Page — relied upon the salacious and unverified dossier put together by former MI6 British intelligence official Christopher Steele, identified as Source #1.

It’s clear they went out of their way to not fully disclose the political nature of the dossier, their use of circular reporting to support it and that much of the information in it is materially false. The dossier was funded by the Democratic National Committee (DNC) and the campaign for Hillary Clinton, identified as Political Party #2 and Candidate #2.

Yet, the FBI did not tell the FISC that Political Party #2 and Candidate #2 paid for the dossier as political opposition research against Candidate #1.

But the question remains: Why haven’t we heard of reprimands from the FISC judge or judges who were misled?

Andrew McCarthy, a former assistant U.S. attorney for the Southern District of New York, called the application “appalling” and suggested that the judges need to be questioned.

“I said this could never happen. This is so bad that they should be looking at the judges who signed off on this stuff, not just the people who gave it,” Mr. McCarthy said. “It is so bad it screams out at you.”

Publicly-released documents used to support the warrant don’t specifically name the FISC judges who signed off on the initial or subsequent FISA warrants relevant to the Trump campaign. But only three currently sit on the Foreign Intelligence Surveillance Court in the District of Columbia (DC).

U.S. District Court Judge Rudolph Contreras, who presided over the case against former National Security Adviser Michael Flynn, is one of them. He had a personal relationship with Peter Strzok, the corrupt counterintelligence agent at the center of both the Clinton email case and the Russian interference probe.

He was nominated to the U.S. District Court for the District of Columbia by Barack Obama on July 28, 2011. The U.S. Senate confirmed the nomination on March 22, 2012, and the court’s newest member received his commission on March 23, 2012.

But it’s another date that’s of interest. Judge Contreras, referred to in the text messages by his first name, was designated to the FISC on May 19, 2016. That’s only 5 months before the FBI sought to obtain the FISA warrant to spy on Mr. Page, which ultimately led to the collection of incidental intelligence completely unrelated to Russia.

“I did,” Mr. Strzok replied. “We talked about it before and after. I need to get together with him.” 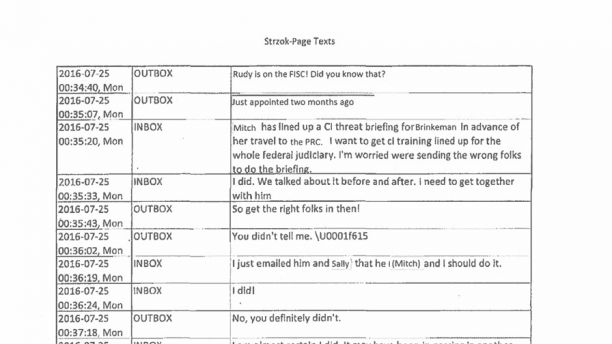 The unethical conflict of interest, which is clear from a batch of text messages between Mr. Strzok and then-FBI lawyer Lisa Page, was only recently discovered after Judge Contreras recused himself from the Flynn case, without explanation.

Mr. Strzok mentions “a graduation party” he and Judge Contreras had attended together and even stressed the need for “being circumspect in talking to him in terms of not placing him into a situation where he’d have to recuse himself.”

Page replied that she couldn’t “imagine either one of you could talk about anything in detail meaningful enough to warrant recusal.”

“Standards for recusal are quite high,” she adds. “I just don’t think this poses an actual conflict. And he doesn’t know what you do?” 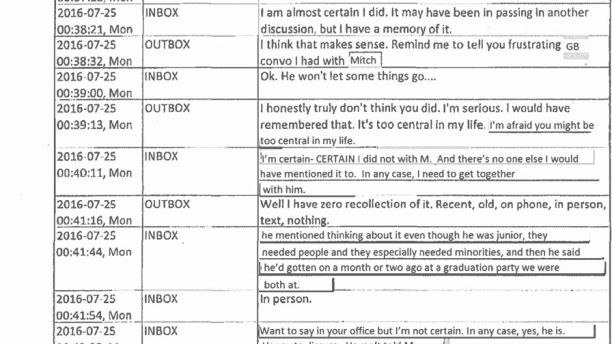 “Generally he does know what I do. Not the level or scope or area,” Mr. Strzok messaged. “But he’s super thoughtful and rigorous about ethics and conflicts.”

He was replaced by District Judge Emmet G. Sullivan, a no-nonsense man who was also appointed by Mr. Obama. Judge Sullivan ended a State Department stonewall of a Freedom of Information Act (FOIA) lawsuit filed by Judicial Watch.

The material provided was damning to Mrs. Clinton and the FBI investigation into her use of a private server to conduct official State business.

FBI agents, to include Mr. Strzok, interviewed General Flynn over his conversation with a Russian ambassador. Before being fired, former FBI director James Comey told members of Congress during a closed-door session that the team concluded General Flynn did not knowing lie to federal agents and did not believe charges were warranted.

However, Special Counsel Robert Mueller decided to override those recommendations and charge General Flynn, who was forced to sell his house to pay his legal fees only to end up having to plead guilty. Mr. Mueller recruited both Mr. Strzok and Ms. Page to his Democrat-dominated team before he fired them last summer in an attempt to avoid criticism.

And with good reason.

Text messages uncovered by DOJ Inspector General Michael Horowitz reveal Mr. Strzok vowed to prevent Mr. Trump from becoming President of the United States. The messages were previously excluded from disclosures to members of Congress. Mr. Strzok and Ms. Page, who were also having an extramarital affair, oozed a loathing for the candidate and his supporters.

Page: “You promised me this wouldn’t happen.”

“I want to believe the path you threw out for consideration in Andy’s office — that there’s no way he gets elected — but I’m afraid we can’t take that risk. It’s like an insurance policy in the unlikely event you die before you’re 40,” Mr. Strzok wrote to Ms. Page.

Ms. Page, along with FBI lawyer Jim Baker, both of whom worked closely with Mr. Comey, resigned from the agency in May. Mr. Strzok has been relieved of his post as head of the counterintelligence department and Inspector General Michael Horowitz recommended criminal charges against Mr. McCabe for lack of candor, or lying, including under oath.

Nevertheless, the debate again has raised concerns over these secret government surveillance programs. Critics of FISA argue the FISC is nothing more than a rubber stamp for federal prosecutors run amok. Supporters contend the process is rigorous and has built-in safe-guards, though they often allude them in discussion.

In 2015, the secretive court approved all of the 1,456 electronic wiretap requested by DOJ lawyers. Of the 1,456 requests, the FISC only required the government to modify 80 of them before approval.

The FISC approved all 142 of the requests to force companies to turn over electronic records in bulk. The government initially presented the court with 1,457 wiretap requests, but withdrew one.

That hearing took place less than two weeks before President Trump was elected.

Jeff Sessions Is Out at Justice, Matt Whitaker to Serve as Acting-Attorney General